This website provides information about the Care Leavers stories project, an initiative which enabled care experienced people to record their life stories on digital video. The website provides access to the 17 interviews conducted as part of the project, where people tell in their own words what it is really like to grow up in children’s homes and foster care and then make their way in the world. The stories are between 25 minutes to 3 hours long and cover the interviewee’s whole life with a focus on their care experience. Full and summary versions of interviews are available with transcripts. The interviews were conducted by specially trained young people, who have also been through the care system The website also contains two short videos summarising the main messages and themes from all the stories: journeys through the care system; and reflections on being in care. A video also describes how the project was developed. The project was funded by the Heritage Lottery fund and developed by SCIE in partnership with the British Library.

This resource brings together five video diaries where six young carers share their personal experiences of caring for a sibling or parent. It is one of a range of resources developed by SCIE to help local authority staff, social workers, young people and carers to plan for the transition to adult care services within the provisions of the Care Act 2014.

Getting help to overcome abuse 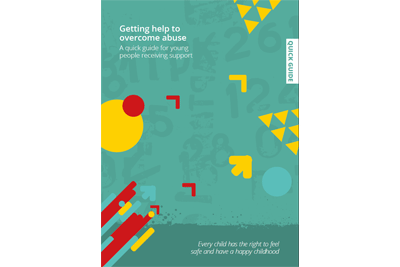 This briefing highlights key findings from research which looked at learning from policies and practices that have produced positive outcomes in self-neglect work. The original research drew on a survey 53 local authorities and a series of in-depth interviews with 20 managers, 42 practitioners in adult social care and in safeguarding, and 29 people who use services. The findings identify factors that make self-neglect services more effective and organisational arrangements that could best help self-neglect work. Interviews of people who use services, practitioners and managers looked at: causes of self-neglect, accepting help, the experience and impact of self-neglect. Five areas which were most frequently identified as making a positive difference to self-neglect in practice were: the importance of relationships, 'finding' the person, legal literacy, creative interventions and effective multi-agency working. It concludes that the heart of self-neglect practice is a balance of knowing the person; being, in showing personal and professional qualities of respect; and doing, in the sense of balancing hands-on and hands-off approaches. The briefing is intended for people who use services, carers, non-specialist workers and the general public.

Cydnie is 17, and looks after her twin sister. She’s currently studying art and design at college.

Rashann is 16, and is at college, where her favourite subject is dance. She looks after her mum.

Micah 17, and his sister Zanika, 16, share caring duties for their mum and sister. They’re both at college, and Zanika hopes to go into childcare.

Lewis is 16, and looks after his sister and mum, who is visually impaired. He’s at college doing ‘A’ levels.

Renee is 18 and looks after her mum, who has Lupus. Renee is now at university studying music production.

In one of 17 interviews conducted as part of the Care Leaver's Stories Project, Christine O'Mahony talks about her life before, during and after care. The full interview is in three parts and a film summary and transcript are also available. The project, funded by the Heritage Lottery fund and developed by SCIE in partnership with the British Library, enabled care experienced people to record their life stories on digital video.