"SCIE are continuing the mission to improve". A former CEO blogs 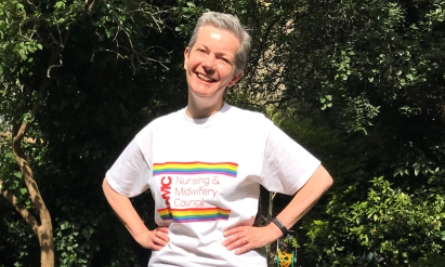 I spoke recently at the Care Talk and SCIE Coming out of Covid conference.

Nine years after I stepped down as CEO It was like returning to the warm embrace of old friends. Steve Palmer is still weaving his communications magic and the wonderful Clenton Farquharson is still sharing the wisdom and insights of his lived experience.

There were new but familiar faces too with the current top team of Chair Paul Burstow, Care Minister when I took up post and CEO Kathryn Smith who I knew at the Alzheimer’s Society

This is the SCIE I love, great people dedicated to improvement in social care. Yes, there’s much to be proud of in the 20 year history of the organisation but none of it would have been achieved without the commitment of so many talented people.

My 18 months as CEO of SCIE was a short, intense period but my association with SCIE has lasted throughout the 20 years, even before it was born! That’s when I was at the National Institute of Clinical Excellence (as was) and Amanda Edwards, who was working at the Department of Health (as was) to set up SCIE, asked for some insight into how NICE was working.

Then in 2006 came the first piece of joint guidance, a technology appraisal for parent-training/education programmes in the management of children with conduct disorders. I was leading the NICE team, again working with Amanda, by then a director at SCIE. It was a challenging assignment. The evidence base was sketchy, the wider benefits of the interventions didn’t fit neatly into the appraisal methodology and getting the authentic voice of people with lived experience was tough.

But for every problem, we found a solution including filming a parents group in Blackpool so their experience could inform the discussions of the Appraisal Committee.

That was the first of many joint endeavours between SCIE and NICE but it was still a bit of a shock when the 2010 White Paper announced the responsibility for developing social care guidance would move to NICE. Coincidentally, I was on the lookout for a new role. When the advert to replace the irreplaceable Julie Jones came up, various people showed it to me and said what a perfect job it would be.

How right they were! I loved working at SCIE. It wasn’t an easy time though. Just before I joined NICE decided that instead of creating a partnership with SCIE to develop social care guidance, they would put the contract out to tender meaning a huge element of our funding was under threat. After months of very hard work, with thanks to everyone involved (and a special mention for Beth Anderson), we won the contract. Phew!

One of my favourite aspects of working at SCIE was hosting Think Local Act Personal. A brilliant collaboration that made sure people using services really were at the centre of personalisation. Through TLAP I met some great social care leaders and advocates - Clenton of course but also Sue Bott, Jaimee Lewis, Martin Routledge, Sam Bennett, Alex Fox and so many more. My thanks to them all for everything they taught me.

I joined SCIE in 2012 and in 2013 Sir Robert Francis published his report into Mid Staffordshire hospital. I predicted the report would have a far-reaching impact on the world of social care too. I was right, though I didn’t predict the impact on me! Later that year I was appointed the first Chief Inspector for Adult Social Care.

I was very sorry to leave SCIE but kept in touch through regular catch ups over curry with my successor Tony Hunter and continued collaborative working at CQC. More recently I was (admittedly not very diligently) involved in the SCIE commission on the Role of Housing in the Future of Care and Support.

My time at SCIE was short, but the impact has been long-lasting. I learnt so much about the breadth and depth of social care, the brilliance of great services and the things we need to do better. Personalisation inspired the Mum Test at CQC. Co-production has informed my approach ever since.

I was pleased to do my little bit in supporting SCIE at a critical stage of its development. It’s good to see that Paul and Kathryn are continuing the mission to improve social care with and for the benefit of people who use those services.

My very best wishes for the next 20 years.