"An organisation to cherish". A former Chief Executive on our 20th anniversary 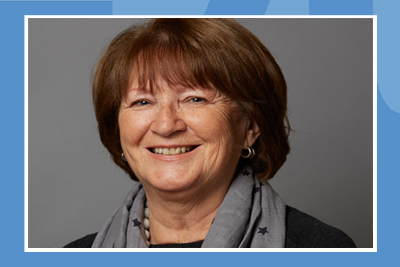 The digital revolution was just underway when I joined SCIE as chief executive in 2007 . But it was still early days and the social care sector was not in the vanguard. SCIE’s remit was to reach out to a 1.5m workforce spread across England, Wales and Northern Ireland. We were a small charity, dependent on public funds, mostly from central government, and it was a big challenge.

My predecessor, Bill, supported by Chairs Jane and then Allan, had developed the SCIE model and established an excellent reputation for strong reliable evidence. SCIE was very well known across local government and the third sector but less well stablished in the independent sector. We decided new technology could be one of the keys to building new relationships and spreading good practise across the whole social care. We began to experiment and, most importantly to listen to people using social care services – and the workforce - to adapt to their changing needs.

Our partnerships with key players, including the academic community, gave us great opportunity to do things differently. I had recently been president of ADSS (now ADASS) and knew from personal experience how valuable SCIE could be to our local government improvement agenda . I wanted others to benefit as I had. The board at SCIE was very supportive and their networks and experience was invaluable. The government of the day and senior officials in the Department of Health (as was) were SCIE fans. it was a good time to be spreading and sharing evidence of good practice in a variety of new ways to new audiences.

Since I retired in 2012 I have become a user of SCIE and I hope an ambassador. The voices of those people using social care services - and of frontline staff - were always at the heart of our approach and many of the things we now take for granted were pioneered at SCIE. Co production, experts by experience and peer audits come to mind. The Partners Council at SCIE has much to be proud of.

Amanda Edwards, SCIE’s Deputy Chief Executive, was at the heart of SCIE’s journey from the beginning. Her strong values and keen intellect ensured we stayed on course and delivered high quality product services. She helped us to build a strong relationship with the National Institute for Health and Care Excellence (NICE) and to ensure we were able to influence our NHS partners. The long running saga of how to improve joint working between health and care professionals continues to this day and SCIE has always been ready and willing to play its part.

During this dreadful pandemic the vital role of social care has been brought to public attention once again. It has been a terribly difficult time for families and for our workforce. It is time to step up and deliver the promised reforms and I know that SCIE will continue to have an important role to play. It is an organisation to cherish.