Featured article - 04 April 2016
By Lyn Romeo, chief social worker for adults at the Department of Health 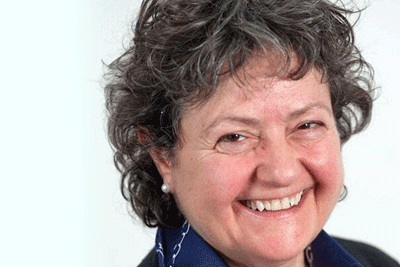 I said in my recent annual report that social workers are central to dealing with the complexities and challenging circumstances in which many people live. When it comes to working with adults, we social workers should be looking at the strengths – or assets – that people possess in their communities, so that social workers respect, value and support people to live the lives they want to.

SCIE say that what’s important is the quality of the relationship that develops, between those providing care and support and those being supported. They say it’s also about people having ‘social capital’ that can be used in communities. It’s a social worker’s job to unlock that potential. Let’s use an example to explain.

SCIE have a film on their site which looks at Joshua, who was living at home and was completely isolated. However, his social worker talked to him and discovered that he used to work as a chef in the merchant navy. The social worker also heard that a local social club would be quite happy to have a new volunteer in the kitchen; before long, Joshua was giving his time and using his catering skills at the club. A lovely story, and one that sums up how someone’s strengths can be used for everyone’s good.

Following on from encouraging strength-based approaches, it’s also important that social workers make sure that the people they support are treated with dignity, including those who may have difficulty dealing with mental capacity issues. Social work values are vital here: we must enable self-determination, not be too quick to judge and not to discriminate. But we must support people’s independence. These are fundamental values that we must always adhere to on the front line.

During the period of time that my annual report covers, I’ve seen a real shift away from process to strengths and rights-based approaches to social work practice. This helps to realise social workers’ aspirations to deliver the policy and principles of the Care Act and other social care legislation and policy.

It was great that social workers had their own day of celebration on 15 March but let’s not just think about social workers on one day; let’s celebrate their contribution to society – and those of the people they support - every day.