Co-production – the missing link in integration 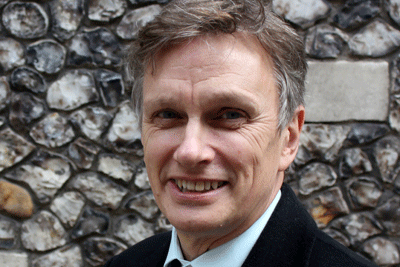 Integrating health and social care foundered in the early days. People forgot its prime purpose and became obsessed with process or structure. Officers, sitting in rooms, doing deals, tended to conceptualise and ‘plan’ integration. People who use services, who have the greatest focus on and understanding of outcomes, were (at best) on the margins.

Now, for good reasons, integration is the current holy grail. However, for it to really succeed, we must focus on integration’s real objective. It cannot just be about saving money or achieving ‘efficiencies’.

Since leading the development of England’s first joint commissioning arrangement in Lewisham in the 1990s, I have had a simple mantra about the purpose of integration, namely that it is: “A method whereby two or more partner agencies commission collaboratively to secure better outcomes for a defined population than either can achieve on their own.” The reason for integration has to be to do something different – and better.

Since those early days, the concept of co-production has taken hold and is also now a clear national policy expectation, along with being a major theme in both SCIE and NDTi’s work. Co-production sees people who use services and carers having a joint say in how services are designed and run. However, talking with many people involved in current initiatives, integration is generally being progressed without reference to co-production. The people who will use integrated services, such as disabled people, older people and family carers, are sometimes largely absent.

If integrated services are to have a real focus on outcomes, they need to be driven by co-production. We at NDTI have a growing body of knowledge about how to make co-production real but are we using it? The Integrated Personalised Commissioning (IPC) programme is providing national leadership in bringing health and social care spend together at the level of the individual, along with supporting advice from the likes of National Voices - but where is co-production at the local strategic level?

A disabled person from the area of one of England’s most high profile integration initiatives told me that user led organisations had made almost no progress in ‘getting to the table’. She asserts that new structures and priorities were agreed elsewhere and then announced. Non-statutory sector involvement meant large voluntary organisations being seen as a proxy for the voice of disabled and older people. A ‘communication and engagement’ strategy exists for patients, carers and the public. As she emphasised to me, communication and engagement is not the same as co-production - where people are present at both strategic and individual levels as equal partners in key decisions.

We know it isn’t always easy, but the development of new integrated structures and working practices creates a real opportunity to build co-production into the DNA of our health and social care system. It would be a real shame if it is designed in ivory towers, well away from those with the greatest interest and expertise in outcomes; that is, people who use services and their families. Let’s stick to integration’s main purpose.