Could Constructive Conversations make the tough year ahead for the NHS a little easier? 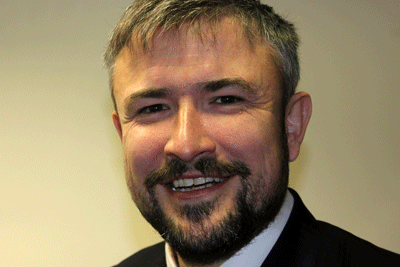 In a recent speech to the NHS confederation Simon Stevens, the chief executive of NHS England, said that times were going to be very tough for the NHS. Finances would need to be stabilised; services digitalised; quality variances reduced. But also, he stressed the need for progress to be made on the development of Sustainability and Transformation Plans ; sub-regional plans which aim to set out how local services - including new models of care - will evolve over the next five years. It will be tough indeed to make these plans work in the current context.

And developing these plans will partly be so tough, he said, because of how difficult it will be to win the backing of local citizens for radical change. Formulating a vision for new models of care is one thing, agreeing how it will be delivered in practice will be much harder. What happens to a vision that isn't followed by a widely owned and agreed plan? Well it very often gets stuck, opposed by the very people who are most expected to benefit from it - patients, service users and the wider public.

Service user involvement in the design, commissioning, and delivery – what we call co-production - is critical to building visions and plans that are built to last. Finding effective ways to do this, is the focus of the Health Foundation’s research with PPL, the Institute for Government and the Social Care Institute for Excellence. We have been carrying out action research with three local areas - Islington, Dudley and Mid- Nottinghamshire - to explore how co-produced 'constructive conversations' can be used to as a way to build agreement on how local services can be radically redesigned.

So in Mid Nottinghamshire, where they are implementing a primary and acute care systems vanguard, we convened a large workshop comprising practitioners and citizens to find agreed ways forward to help people in hospital home. In Islington, we are researching what contribution on-going workshops or ‘evolution groups’ involving service users can make in developing a new clinical strategy. And in Dudley, where they are moving toward a multi-speciality community provider model, we are exploring how the public can help shape better plans for end of life care.

What are we learning so far? Well we know that when citizens are involved in co-producing plans, it raises awareness among local service providers of the importance of good public involvement in delivering services as this often falls down their list of priorities. We are also beginning to learn more about the best methods for communicating complex policy changes which ensure that people are meaningfully involved in any decisions about how services are designed and delivered. Deliberative forms of engagement, for instance, which allow people to consider and debate decisions over a period of time can be an effective way of helping people consider more complex information

In the same speech to the NHS Confederation described earlier, Simon Stevens eluded to some of the difficulties local areas will face in constructing plans for health and social care reform. He said that we have to have, “focused, honest, trusted conversations about some of the ‘elephants in the room’, some of the ‘big ticket items’, the difficult choices, that need to be resolved.” It will be vital, therefore, to find effective ways to engage citizens in difficult conversations about the future of health and social care.