How to do autism conferences in a new wave, punk style 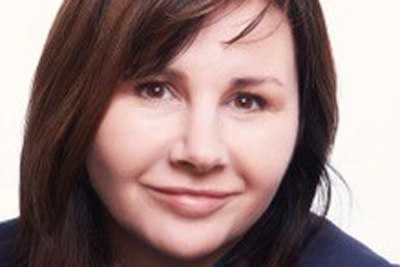 A blog for Co-production Week

I used to be a new wave punk romantic with striking hair styles. I liked the era, being different, standing out, doing something novel but worthwhile.

During my autism education career, short lived due to health issues, I performed as many do from all sides of life, as a professional. This is where I say I mask but do not limit to autistic females as I believe many in politics, leading names, even national names do, day in and day out. When I worked professionally in local authorities or professional key conferences in education, the power and topics for agenda was held by the one holding the purse strings. Often the designated event organiser was given instructions from the top in a no doubt methodical and fit-for-purpose way. I had no autistic diagnosis and therefore not believed to be autistic, so spoke on autism in a professional capacity, and my topic freedom was non-existent. The actual accepted autistic voice was often added into events, either as an entertainer or trauma mental health story. Autistic researchers and professionals, apart from maybe one name I can think of, just didn’t exist in the open.

After medically retiring, I still wanted to talk about important autistic health issues that have been either neglected, disbelieved or just not known about, yet affects so many of us. This has been my passion over the years and finally I can see some focus of light filtering through the opaque prism of barriers. Once I lost my status and title that comes with a good job, plus health, finance and nearly my life, I found it much harder even with my recent autistic diagnosis to be accepted. I started talking during the beginning of lockdown by webinar and while I could design my talks, the power I had in designing the show casing of it varied widely from really empowering and delightful hosts to those who had no interest in their speakers, subjects or probably much else. Sometimes I never had any feedback afterwards and there can be a huge let down effect.

This Covid era year, the inaugural interdisciplinary autistic research festival/conference was held May 21 over 3 days (IARFestival21). I found out about the IARFestival by accident. I do not have an integrated group of researchers, educationalists or funders to be part of the ingroup therefore felt it highly likely I would not be accepted or for my key topic of symptomatic hypermobility.. I am indebted therefore to Anna Stenning and the other co-hosts, who were open to having unknown people to them on board. I am literal, so when it says research in the title, I was not involved in research at that time, I tend to not apply. The aims of the IARF were perhaps put together as an alternative to the top down heavy research led or International led conferences which we had all been dependent on. This is why I have not asked to talk at other autistic research conferences until recently. It is brave to bring on people who you might not agree with their topic or take a risk with someone outside your circle but include respect and value all perspectives and hopefully see that everyone is of equal importance. I have initiated autistic co-production groups before (SCIE ref blog 2020) and I know on a smaller scale how challenging it can be but the reciprocity for everyone is key and believe that leads to authentic empowerment.

So I was booked and had a very short time to cover what is an absolutely immense topic on symptomatic hypermobility (Ehlers-Danlos syndromes, EDS,JHS) and autism health, social care and employment; in education to help attainment and attendance particularly for missing girls at secondary level. For health generally in the autistic/neurodivergent population and how EDS affects us in employment as we can lose our careers. I don’t get funding for this as it is all voluntary, but I know the significance of it and I recently created and led the first UK school toolkit for EDS and JHS with national charities.. For many years autism and actual physical health issues have been a bit traumatic for us due to past now discredited research. But the trauma of this is still around so it has been a huge mountain to climb.

So back to the festival. I have history of being different and standing out and I am comfortable with doing that now but I do acknowledge it is less isolating to be accepted and almost finally as an autistic person from my established community. I don’t believe in segregation and yet so many seem set on this ideal for safety. I I believe it mitigates progress.

From my perspective as an outsider I did not share the power in the concept or design but as there were over 30 talkers that was accepted; the audience was over 600 plus 15,000 on social media and now most of the talks free to view. The organising of our disparate groups came together well and I found the premeetings, once I navigated in, welcoming and that I would be accepted to talk. My computer overheats as it steadily declines into hardware death, so I knew I could only do 2 takes and that was it. I haven’t had time sadly to view it all live but each and every talk was allowed to go on their youtube site and also have publicity when highlighted. I believe that this was novel as in at this enormous level , this had never been undertaken before. I felt the joy emanating from those taking part and from those watching it. I have had huge feedback personally, some heart-breaking and an increasing amount asking for advice and signposting from girls, women in particular and as older women this is an incredibly nerve wracking time, to question your identity after so many years. I am honoured to be a part of their journey.

So the IARF was brave for accepting people or subjects they had never heard of or had not been accepted as significant before. It was not full authentic co-production that I have been involved in but happily can say it was on the way and many thanks to Anna ably supported by Damian Milton and Georgia Pavlopoulou. I strongly believe in empowerment, transparency as far as possible and coproduction although it is not always possible to do full co-production I was delighted to be in this event somewhere on the ladder of co-production.