Why three footballers shook up equality, diversity and human rights 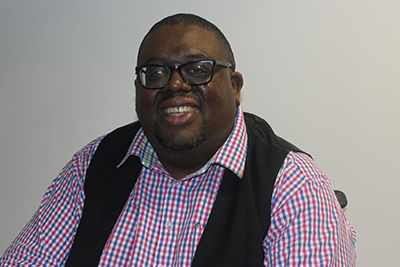 Do you remember the Three Degrees? I’m not talking about the Motown group in the 70s but the trio of West Bromwich Albion footballers who took the same name in the same decade. As a Birmingham City fan, it pains me to give praise to ‘The Baggies’ (to non-football fans, that’s West Brom’s nickname). But these three men made history. A new book out talks about the contribution that Cyrille Regis, Laurie Cunningham and Brendon Batson made, not just to British football, but to society in general.

The three were prominent black players at a time when there was a lot of racial tension; Regis was sent a silver bullet in the post, with a note threatening to use it if he ever played for England. But he did play and so did many other black players in the years ahead. Although racism in the game is far from over, can you imagine that happening now?

Regis, Cunningham, Batson and many others had probably never heard of “equality, diversity and human rights”, but they did stand up for their right to be judged by their skills and talent rather than by their ethnicity. Let’s look at that phrase again: equality, diversity and human rights. On its own it’s a dry phrase, but when you look at achievements such as those made by the Three Degrees, it’s much more interesting, isn’t it?

You’ve heard of the elephant in the room. In my opinion, equality, diversity and human rights (EDHR from hereon in) is the woolly mammoth in the room. Because it’s a woolly concept that sticks out like a sore thumb but is quite challenging to define and deconstruct it. It was perhaps all a lot easier in the 70s when these terms were not widely used. So, for example, if a social care staff member has obligations to the people they care for and support, and they miss out on opportunities to fulfil that those obligations, then in my opinion that’s a missed opportunity to embrace EDHR.

It may not be the staff member’s fault. Yes, you need good leadership but you also need things like legislation. There’s nothing like the law to motivate people! More importantly, systems have to be put in place to make all this happen; not just now but in the future. That way, individual staff members might be able to take on EDHR responsibilities and then apply them practically to their work; so that people’s care and support is more tailored to them as real people. And what about when people’s experience may not link to someone else’s values: What about when lesbian, gay, bisexual and transgendered people aren’t supported to have a social and romantic life? This all needs discussing and not avoiding just because it’s all too difficult.

At SCIE, where I’m on the Co-Production Network, the staff have had both equality and mandatory co-production training; and will have mandatory EDHR training from January. This is important so that people who receive services really are included at the heart of decision-making. They are then recognised as expert consultants who know the system very well; and not just passive recipients. Equality means involving people like this; diversity means taking on various views; and human rights means that it’s the right thing to do. I like to quote the late Maya Angelou who says: "I've learned that people will forget what you said, people will forget what you did, but people will never forget how you made them feel".

The Three Degrees took EDHR and shook it up, with spectacular results. These days, getting these things right is still challenging, but in a different way to the way those West Brom players took it on. Let’s hope we can all do more to recognise people’s equality, diversity and human rights.