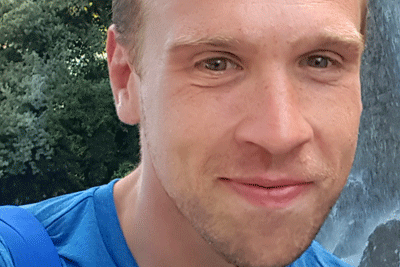 Ryan is a member of What Works Centre for Children's Social Care's Practitioner Panel.

Hearing that I was successful in becoming a panel member was incredibly exciting. I feel privileged to be a part of an innovation to improve practice in the profession. I admit I was a little nervous at the first meeting, when other panel members introduced who they were and talked about their personal experience in the profession. The wealth of experience was impressive and having not been three years qualified I was a little daunted. However, this quickly dissipated, especially when it was explained that the panel needs to be made up of a multitude of backgrounds and levels of experience.

At that first meeting, after being introduced to work that has been completed so far it became clear that the centre are keen to offer something new and different in relation to evidence-informed practice. This was been reflected in the discussions in the group. Panel members strongly felt that the centre needs to be mindful not to reinvent the wheel but to offer something which can lead to change in the system.

As a group we spoke about research and evidence being on offer in our organisations – this is accessible for practitioners but there are barriers. These are partly due to time – as is well known - but after more discussion it was clear that this is also linked to implementation and the culture around evidence informed practice in organisations.

How evidence-informed practice can flourish

Successes identified from my colleagues in their own organisations have centred on the attitude of stakeholders across all levels of the system. We spoke about the culture having to be right for evidence-informed practice to flourish. There needs to be meaningful backing and support from the top down for a shift in focus in organisations to take place. We spoke about research and evidence not being seen as time consuming but as a method to discovering how things are done, which is shaped by the ethos and identity of an organisation.

I left that first meeting with a lot to think about and to consider; but with the feeling of excitement for future discussions to be had!