At times of crisis, heroes emerge 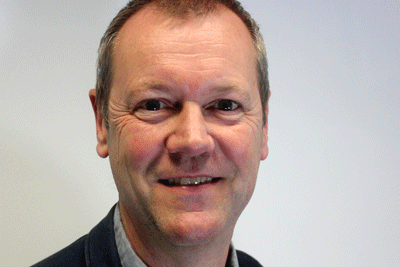 Do you know what a Nerf gun is? It’s a heavy plastic firing toy weapon that emits felt bullets. (Other heavy plastic firing toy weapons that emit felt bullets are available). During Week One of the crisis my son Stanley appeared over my shoulder and in full view of two of my colleagues on a video conference call. He then brought the Nerf gun crashing down on my head.

The incident really upset me because I do like to keep home and work life apart. In a normal world they complement each other. But this isn’t a normal life and we’re coping just like many other families are coping. My son has a learning disability and often displays challenging behaviour. Stanley’s Down’s Syndrome has never restricted us as a family but I’m not going to sugar-coat it: That concept is being stretched to breaking point at the moment.

My two colleagues were very generous in saying that it didn’t matter about ‘Nerfgate’ and I appreciate that. I really do. Because in times of crisis, in extraordinary times, I am realising that extraordinary people shine. We all know that all frontline workers are now all being praised for the efforts they are putting in. Our Chair, Paul Burstow, co-wrote a letter to supermarkets about how care workers shouldn’t have to show NHS ID cards (that they don’t own) just to get into designated shopping sessions. And since then care workers have been given more thought perhaps by society in general.

And I feel lucky. I’ve heard of families living in small flats who are cooped up with young adults with autism who are completely thrown by the change in routine; and sleep deprivation and chaos is really kicking in.

But then there are the heroes. When this all first started, one of the charities that supports Stan, Keen London, immediately started a Whatsapp group, they got everyone to put rainbows in their windows and they’ve have stayed in constant contact. Stan’s just done a keep-fit session with them at the time of writing. They are the very definition of pastoral care. And others, from the Saracens Sports Foundation to Stan’s speech and language specialist, have hardly been off video conferencing, making Stan’s life just a little easier, but, crucially, making us feel that there are people out there who understand our predicament.

So let’s salute the heroes. Yes, they’re on the frontline. But they’re also in their living rooms in gym gear or posting encouraging messages that are keeping us going. And I do hope they know that means to a family like ours.