Why I jumped at the chance of joining a guideline committee 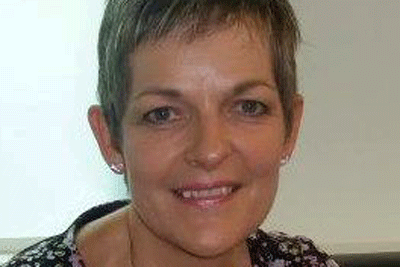 On 14th January 2014 I received an email inviting applications for members of a guideline development group. The new NICE guideline was to be called: ‘Transition from children’s to adults’ services for young people using health or social care services’. I think it took me about three seconds to click on the link and to start filling in the application form! That April I found out that I had been shortlisted, and in May I was ecstatic to be told that I had been successful.

Transition can be a scary time. Young people have usually grown up dependent on paediatric services; then all of a sudden they are likely to be told that they can’t see people like me anymore. One young person described it to me as being like the breakup of a long term relationship. You have depended on this person for a long time, you’ve trusted them and they made you feel good about yourself. Then out of the blue they might finish with you without warning.

If transitions are not managed correctly, this is exactly what it feels like. Young people often say that it’s like they’re falling into a black abyss, and when they pick themselves up, they are in a completely foreign country where they don’t know anybody and nobody knows them. No wonder they don’t engage with adult services; no wonder the young people leaving care feel abandoned.

The other issue they face is that either the adult equivalent service doesn’t exist, or if it does but they don’t meet the stricter criteria for referral. Unfortunately, transition comes at the most inconvenient time for teenagers. Hormones are changing, and the young person is neither child nor adult, so life is probably scary anyway. If we then take away some of their known and trusted support networks, obviously problems will inevitably occur.

If transition is managed correctly then it should be a gradual process of the young person taking control of their own care, managing their life and any health condition plus meeting adult practitioners who can sort out any problems they may have in adulthood.

The guideline we developed had to cover all young people using children's health or social care services at a time when they are due to make a transition into adult health or social care. So initially the topic seemed an immense one to tackle. What we quickly realised, however, was that no matter what service the child accesses, the transitional issues are the same; therefore, the principles we identified, and the recommendations we agreed, applied to any situation.

I am so proud of the guideline. It was published in February 2016, and we hope it provides something for commissioners, managers and practitioners to use; to ensure the journey into adulthood is as smooth as possible, and to enable young people to build a bridge across ‘the black abyss’.