There are challenges to creating ‘asset-based areas’ 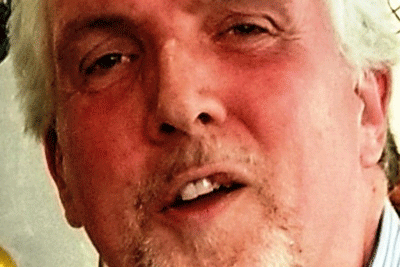 SCIE trustee Alex Fox suggests in his new paper, ‘The asset-based area’, that the sector needs to develop its asset-based thinking if we are to transform communities. I agree with this and with his view that it needs facilitation. My experience, working for an organisation often cited as the epitome of asset-based thinking, is that this is not without its challenges.

Firstly we have to overcome that particularly British paradox: not wanting to ask for help when we need it, whilst often wanting to offer help to others and being hesitant for fear of what we might be getting into! Perhaps connected to this, we’re not too good at letting go and, unhelpfully, ‘facilitation’ often morphs into control.

(Great, I now have to write the rest of this blog with the earworm of Idina Menzel’s 'Let it go’ lyrics from Frozen for company, in the adorable voices of my young granddaughters!)

The mechanics of some people being deemed eligible for receiving support can reinforce this misplacement of control. All sectors can be confused over the privilege that this bestows. Those with most control over how funding is used need to look the hardest at how they exercise it.

Whose life is it anyway?

In part, desire for control stems from thinking we know best. Early in my ‘second career’, I supported someone at a review meeting, after he’d been ‘sectioned’. Disappointed after the meeting, because he had not been discharged, I asked how he felt: ‘Brilliant! I’ve been trying to get the consultant to give me a target date for discharge since I’ve been in here; that meeting made him do so’.

Lesson learned – I should have checked his ‘scale of expectation’ and not assumed simply to use mine! (From 'Let it go': 'Turn away and slam the door, I don't care what they're going to say')

In an early Personal Budget Plan, KeyRing supported a young man to include moped lessons; this was rejected as ‘not what public money is for’. He wanted a job; a feasible job was pizza delivery and, for that, he needed to be able to ride a moped. He knew best what realistically would improve his wellbeing. (From 'Let it go': 'It's funny how some distance makes everything seem small')

Disappointingly, the majority of personal budgets I come across are still ‘personal allocations’ at best, with little ‘choice’ and no ‘control’.

Reasons to be cheerful

I am, perhaps surprisingly, optimistic (From 'Let it go': 'It's time to see what I can do. To test the limits and break through')

Businessman Iqbal Wahhab, in Charity Sucks, recognises that ‘big business’ is a way off becoming the panacea to our social problems he believes it can be. True to the provocative stance of the book, Wahhab asserts that, whilst ‘some charities will be required...for the foreseeable future’, they need to change how they operate and who they answer to.

Within the imperfect system and attendant culture in which we all operate, the move to valuing everyone as assets, rather than commodities, will take time.

It will be well worth the journey; it’s the way to a truly sustainable future. (From 'Let it go': 'Let the storm rage on. The cold never bothered me anyway...') Who knows, one day the loyalty of Frozen’s Anna may be valued over the power of her big sister Elsa, who currently seems to be seen by children as the hero!