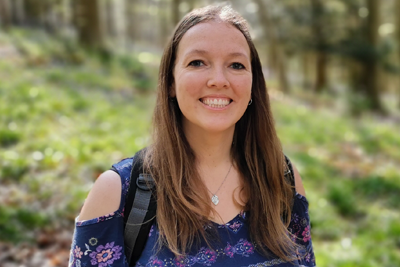 Having worked with young people living in supported housing for over ten years, I was pleased to share my experiences and Look Ahead’s practices in the development of the NICE quick guide.

Look Ahead provides support, care and housing services for adults and young people. Young people living in our services have all had some adverse childhood experiences, such as homelessness, being in care or being exploited. Many young people we support struggle with their mental health and this is often displayed as violent and aggressive behaviour. It is crucial to provide services to prevent these behaviours and to know how to effectively de-escalate them when they occur.

Addressing the needs of young people

Look Ahead creates psychologically informed environments and seeks to take a holistic, person-centred and trauma-informed approach. Each young person creates a support plan focussing on their aspirations and a risk management plan focussing on keeping them safe.

Young people create these in partnership with their support worker, giving them the opportunity to reflect on their safety needs, to understand their triggers and to recognise the signs when something is going wrong. After assessing their needs, they can build a plan that includes actions to help minimise and prevent their challenging behaviour and to de-escalate agitation when things do go wrong.

Rianne* is a care leaver who lived in a Look Ahead service. She was diagnosed with an emerging borderline personality disorder, often presenting as violent outbursts in the form of self-harming behaviours. When things were going wrong for Rianne she would smash crockery and use sharp pieces to cut her arms.

During a support session exploring positive alternatives to self-harm, Rianne liked the idea of a stress ball. Rianne and her support worker built this into her plan, so when things went wrong staff were able to swap the sharp object for a stress ball. Her support worker developed this, selecting brightly coloured stress balls with silly faces which Rianne found funny. This gave Rianne an outlet for her tension and frustration without causing harm to herself.

Reflecting on her time living in our service, Rianne says: “We did have good times and bad times but the good times were amazing and I'm happy I lived there. You guys have helped me so much with things and I'm so happy I’ve come so far”.