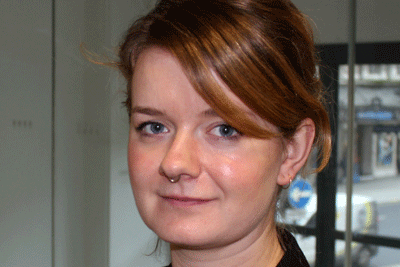 The UK has agreed to host 20,000 refugees from Syria over the next five years This has been criticised as insufficient on the basis that the UK is capable of hosting a larger number of people in need (Lawyers Refugee Initiative). The counter-argument has been that increasing numbers have the potential to become ‘unmanageable’ (Home Affairs Select Committee). Whatever your views on the crisis, the painful reality is that many of these people – including children – will need specialised and dedicated support. The health and social care workforce needs to be confident that they are equipped to deal with the legacy of flight and the long-term psychological and physical effects of war.

I have been working with migrant groups in the UK since 2008 and was recently involved with updating a guide for SCIE on the social care needs of refugees and asylum seekers. The refugee crisis in the Mediterranean continues and the scale of the problem is undiminished. Europe is deeply divided over who is to take responsibility for offering asylum to these, predominantly Syrian, refugees. I would encourage health and social care professionals to prepare for their role in the rehabilitation of refugees arriving in Britain.

Refugee status, under international law, means that people can seek shelter outside their home state if they are unable to avail themselves of its protection ‘owing to a well-founded fear of being persecuted for reasons of race, religion, nationality, membership of a particular social group, or political opinion’ (UNHCR). The UK currently hosts around 117,161 refugees (UNHCR), and it is a diverse population; the top three countries of origin are: Eritrea, Pakistan and Syria (ibid) but individuals also come from China, Democratic Republic of Congo, Afghanistan, Iraq and Sri Lanka.

My frontline experience has led me to witness the legacy of conflicts like the Syrian civil war and the significant human cost to the adults and children that have fled. For instance, refugees from Syria may have lacked access to primary healthcare for some time; they may also have suffered torture, violence and extreme poverty. Refugees may be affected by a wide range of long-term conditions, infectious diseases and disabilities. There is also a prevalence of post-traumatic stress disorder, depression and anxiety among refugees of all ages. The UK government’s commitment to accept 20,000 Syrian refugees should allow these people to travel to the UK in safety and with dignity; however, granting passage is just the beginning of the support these people will need.

Health and care professionals need to be prepared to meet the needs of refugees and to have an understanding of their entitlements. Currently, as ‘ordinarily residents in the UK’, refugees are able to access the same health and social care services and welfare benefits services as the general population, but this may change under new rules proposed in the Immigration Act 2014.

Refugees will benefit from services that promote social inclusion and independence and also that link up with specialised support services. Practitioners will need to be prepared to work through interpreters and to consider the particular needs of women, children and young people. Refugees are not a homogenous group, but practitioners can follow these following key principles, taken from our SCIE guidance, of offering a person-centred approach, that is mindful of the experiences of migration.

The UK’s health and care workers have a proud record of supporting some of the most vulnerable people in society – including refugees and asylum seekers. Despite existing pressures on the system, we have the capability and commitment to support the men, women and children arriving in need of support.