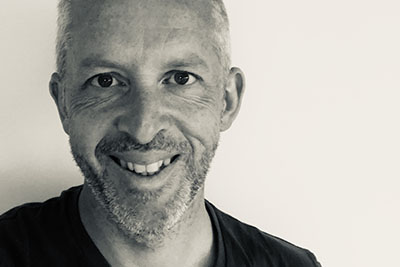 Interviewed by ITV’s Robert Peston on 27 May, Stephen Reicher, a member of the government’s SAGE sub-committee on behavioural science, explained how a major crisis helps forge a sense of common purpose and shared identity that in turn motivates us to place the interests of the community above our own individual interests. This sense of togetherness, he said, explained not only our willingness to abide by the lockdown rules and guidance, but equally our desire to support one another, as exemplified by the explosion in mutual aid groups. Reicher described this as ‘our most precious commodity’ in surviving the pandemic and said that it was the responsibility of political leaders to nurture and to sustain it.

The NHS was forged out of the sustained sense of shared identity and common purpose that emerged out of the last crisis of this magnitude, the Second World War. Over the intervening years the NHS has come to occupy a starring role in our national story, so memorably told during the 2012 Olympics opening ceremony. While calling on us to ‘protect the NHS’ during the pandemic has a specific meaning – abiding by the rules to prevent hospitals from becoming overwhelmed - it also serves to reinforce our sense of common purpose, just as coming out of our homes on a Thursday evening to ‘clap for our carers’ has done.

When people ask why social care doesn’t enjoy the profile of the NHS, I believe this is a large part of the answer: it lacks a prominent role in our national story, or our sense of shared identity and common purpose. But I believe we can use this moment to begin to change this.

In the explosion of mutual aid across the country we see the golden thread that links organisations, initiatives and approaches highlighted by #socialcarefuture, such as Shared Lives, Cares Family, Wellbeing Teams, Community Circles, Local Area Coordination and care coops. Such approaches blur the lines between ‘givers’ and ‘receivers’ of assistance, they blend formal and informal support, they stitch people together in their communities, they’re dominated by community led and owned action and enterprise and they’re characterised by a resourcefulness, resilience, agility, creativity and ingenuity often missing from traditional services. In sum, they are about bringing people together.

So let’s imagine then that we saw the major question facing social care reform not to be whether people should have to sell their home to pay for care, but how to draw upon and help to sustain the sense of shared identity and common purpose that has grown during the lockdown. What if, rather than framing social care as all about ‘providing a service’ we adopted the idea that it is in equal part about building more and stronger community together?

Social care as part of our new national story

But for social care to take a place in our national story, we will also need to change its own story. This task appears to have been made far harder by coverage of the terrible toll of the pandemic on people living in our care homes, which polling by IPPR and Policy Exchange concluded has led to ‘a drop in confidence in social care as a result of the crisis.’

#socialcarefuture is continuing its research to understand how the public thinks, talks and feels about care and support and to craft a narrative and messages capable of shifting thinking towards supporting the future we wish to build. We will share our research as it becomes available and publish guidance in the autumn.

But we can do some things now:

Messages must avoiding the ‘othering’ that comes from describing social care as ‘looking after the most vulnerable people in our society’ and instead reaffirm togetherness. We can shift how people think and feel about care and support if we situate its role within a wider web of reciprocal, everyday relationships. So we should begin our messaging with affirmative, values based statements like those being promoted by Cares Family on billboards across Manchester that say: ‘Because we need kindness. Because we need connection. Because we need community. Because we need each other.’

People care about people, not sectors or systems. Our common concern is for the people with who together we share our lives: our partners and children, mums and dads, brothers and sisters, grandparents and friends. Yet despite being in the people business, our research prior to the pandemic found messaging by social care advocates overwhelmingly talked about the crisis faced by ‘the sector’ or that ‘the system’ risked facing collapse. They rarely talked about the people who draw on social care or who might in future need to. This has carried on during the pandemic and needs to stop. Put people first.

3. A journey rather than a destination

We should strive to shift thinking away from the idea that social care is somewhere people ‘go to’, and instead reposition it as a vehicle that helps people to reach their chosen goals across their. lives – to live where we want to, contribute how we want to, love who we want to and to pursue our hopes and dreams. That means shifting the lens away from the giving and receiving of ‘care’ towards talking about the life people are able to live as a result of accessing great support. Aisling Duffy, from Certitude, got it right with a tweet celebrating John’s 29 years living in his own place, the roles he plays and contribution he makes.

Because we care about one another

For all its enormous hardships, the past few months have demonstrated that we do care about one another, that we want to be together and to pull through this together. This, rather than ‘caring for the vulnerable’ is the ethic on which to build a sustainable future for social care. A recast approach to social care can be an engine of community, part of, not apart from this wider web of reciprocal relationships of support that make up and sustain us all. If successful it can also play a starring role in the next chapter of our shared national story. Together, we can build a brighter social care future.