Dementia through the eyes of women 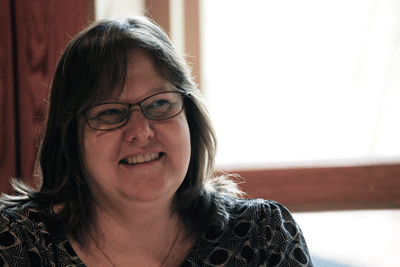 Did you know that two thirds of people living with dementia are women and the majority of both informal family carers and paid carers are women? But we don’t always stop to consider what this means for dementia care, support and services.

At the beginning of 2014, a project started called Dementia through women’s eyes, looking at women’s experiences of dementia. You can find the report, which is by Innovations in Dementia and the Social Policy Research Unit at the University of York (funded by the Joseph Rowntree Foundation).

Other recent work (see links below) points out that the experiences and voices of women are too often missing from the research and literature about dementia. So, our ‘dementia through women’s eyes’ project has sought to change this. We’ve listened to women and reflected on their experiences, irrespective of whether the woman has a diagnosis of dementia, or who is caring for a family member, or who is in paid care work.

The overarching themes that have arisen through the project are common to many women, including having a lack of a voice, visibility and power. But it also looks at things like the importance in women’s lives of emotions, friends, physical appearance, roles and relationships, plus sexuality and sexual identity. Many of the women who have contributed to the project have defined themselves and other women by their caring roles, but the project has also thrown a spotlight on the expectations, stereotypes and the sense of duty that can accompany caring, along with the status of caring (both paid and unpaid) in society.

But the project was about more than capturing a snapshot of women’s views. The aim of the JRF programme has been to get people to ‘think differently about dementia’. SCIE has a long tradition and a reputation for working alongside people who receive services, and not surprisingly SCIE embraced this idea and was very supportive.

SCIE Practice Development Manager Pamela Holmes is keen to highlight the disproportionate impact of dementia on women throughout SCIE resources. Pamela also wrote a blog for the project website and co-presented with me at the 2015 Alzheimer’s Show in London to raise awareness and flag up how SCIE is developing its work.

Pamela and I are keen to explore how SCIE might encourage good practice in services for women affected by dementia. If you have any ideas, please get in touch.