By Isabelle Brant, co-researcher on a recent project on the effectiveness of micro-enterprise projects 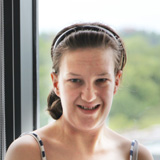 There were a lot of people involved in our two-year project on micro-enterprises: the Birmingham research team and then loads of people like myself – older and younger people who use services. I have autism; I was diagnosed when I was about 12. I never really use services myself now – I used to when I was younger, but now that I am older I am more capable.

We launched the project’s report at the Social Care Institute for Excellence.

Here, I’m going to tell you what we found out.

We did some research to find out about very small care organisations – where about five people or less people work.  We called these organisations “micro-enterprises”.

We found five ways that micro-enterprises can be better than bigger care.