Dementia peer support: It's all about tea parties and 'social return on investment' methodology 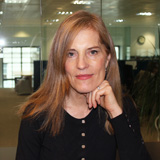 So is it any wonder that these social scourges have the same devastating impact on people who also live with dementia? A new study demonstrates that peer support groups, or having the opportunity to meet others regularly, can help people with dementia feel less lonely and less isolated. It's called 'Peer Support for People with Dementia – A Social Return on Investment (SROI) Study'.

Amy Semple is project manager at the Health Innovation Network Dementia. Amy says that the study provides benchmark evidence for those looking to commission, invest or set up dementia peer support groups; Amy goes on to say that it can be invaluable for organisations and groups providing peer support services when applying for funding.

Three dementia peer support groups from three boroughs in south London were evaluated using something called 'social return on investment' (SROI) methodology. SROI is based on cost-benefit analysis but it has a particular emphasis on identifying the value experienced by people involved in an activity. In this study, people with dementia, their carers and volunteers - who support running of the groups - were all included.

We've also known for ages too that the impact of loneliness and social isolation on people has cost implications for health and social care services. This report puts some figures on it. Analysis showed that the groups in Southwark, Lambeth and Croydon created a positive social value for people with dementia, carers and volunteers that was actually greater than the cost of investment. For every pound of investment, the social value created by the three groups ranged from £1.17 to £5.18.

In other words, making sure people living with dementia are not isolated makes economic as well as moral sense.

As a trustee and 25-year volunteer for Contact the Elderly, the national charity that organises monthly tea parties for lonely older people, I know for myself how much social contact means to people whose lives are short of friends and family. A cup of tea and slice of cake are simple offers but they're a lifeline if you don't see many people from day-to-day or week-to-week. Are you any good at baking? Or perhaps you like cake? Why not volunteer yourself?

And there's more good news. Dementia peer support groups also help carers by providing time and space for themselves as well as the opportunity to meet other carers.

The benefits of dementia peer support groups include:

Contact the Elderly is celebrating its Jubilee year with a 7pm concert at St Paul's Cathedral on 29 October. A mix of musical and classical greats led by conductor Michael Waldron will fill the dome with music. Buy your tickets for Contact the Elderly.