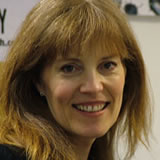 A few weeks ago, I visited an extra-care housing facility. Everyone there has their own flat and front door, but they can have some extra care and support if they need it. There’s a garden, a cat, people sitting around reading the papers; there’s a really friendly feeling.  I got chatting to the manager who told me about one of the residents who had died recently at over 100 years old.

Originally, the woman hadn’t been keen to move in, but as she got to know the place, she loved it as her home. When she became very unwell and frail, she told the staff she didn’t want to go into hospital; she wanted to die in her own flat. As the manager told me this story, she was visibly moved that the resident had died. But her eyes shone as she described how the staff had supported the woman and her daughter right until the end. I guess she was proud as well as sad.

Hear more about this story on Pamela’s video opinion (vlog)

About 500,000 people die every year and over the next few years that number will rise because of our ageing population. At the moment, over half of UK deaths happen in hospital, even though most of us say we’d prefer to die at home.

So why aren’t people’s wishes about the end of life being met?  There are few easy answers. Each person’s needs are different and the situation may be complex. However, we must recognise that many people who work in the social care sector do not feel well prepared to support a person at the end of life, whether those last few days are spent in a care home or in the person’s own home.  Staff may have to deal with their own feelings about death as well as the fears and concerns of the person’s family and friends. Staff may also feel they’ll be blamed for the death or perhaps in their culture, it is assumed that all deaths will happen in a hospital.

That is why SCIE is producing a number of products on end of life care. SCIE is committed to supporting social care staff to develop their practice on the basis of the evidence. We want the story quoted above to be commonplace and a proud example of practice wherever it is provided.

Keep up to date