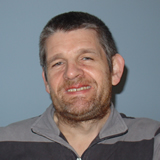 Co-production - how I worried about doing it differently

“What the hell am I doing? This is going to be a complete disaster.” These were my worst fears in the summer for filming SCIE's new co-production films to support “ Co-production in social care: What it is and how to do it.”

This is a major new guide to co-production which meets the standards for NHS Accreditation. The guide includes 11 films on co-production and there is an At a glance summary, which has been developed in partnership with Think Local, Act Personal. We’ve tried to make everything as accessible as possible - with subtitles and audio description on all the films and an easy read version of the At a glance summary.

We’ve also produced two introductory films called “Have we got co-production new for you”. We’d been encouraged to use new approaches to our videos and to get away from the usual talking heads, so I came up with the idea of using a panel game format. But as filming approached, I started to fear that people would be uncomfortable and stilted with an unfamiliar format.

I needn’t have worried. The talented people at Flexible Films picked up the format enthusiastically. The chair of SCIE's Co-production Network, Tina Coldham, grew into her role, chairing the panel. And the panellists took to it like ducks to water - relaxed, natural, funny whilst covering the key issues around co-production.

Without wanting to come over like Radio 4’s Thought for the day, the films were about co-production and themselves show the key characteristics of co-production:

So my worries were unfounded and SCIE’s interesting and, I hope, entertaining resource to link to with its new co-production guide (which includes some other more traditional, but less stressful films).

Guide: Co-production in social care: What it is and how to do it

All of SCIE’s co-production resources