The ‘seeds of empowerment’

By June Sadd, who is a survivor / consultant and who is also an advocate for mental health service advocacy. June is a member of SCIE’s Co-production Network. 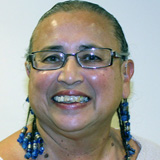 Recently, I addressed a crowd of a couple of hundred people in the House of Lords on the launch of 12 new resources to support independent mental health advocates (IMHAs). The Cholmondeley Room was packed. I should have been nervous beforehand, but I wasn’t. Instead, I was fired up.

What I said was too important for the future of advocacy provision for people like me, detained under Section Three of the Mental Health Act or on a Community Treatment Order (CTO), to be nervous about.

I told the audience what it’s like to be a service user on a section. You’re without any power to make contributions to major decisions that affect your life chances. I had been in positions of power at work but then my world imploded. When I was sectioned there was nothing and no one available to help me to make any sense of what was happening. I was on a ward with no understanding of any processes that were happening around me, and to me. I felt helpless and hopeless. Someone tells you your rights and you don’t understand what that person’s saying. They’re talking at you. Their lips are moving but you can’t hear what they are saying.

We need someone with us as an advocate to see us through an appalling situation. Getting advocacy support from someone who understands us can help us to grow what I call ‘the seeds of our empowerment’. IMHAs can enable people to have more choice and control, even in situations of compulsory detention, so that they are more involved in the decision-making process. Service users feel that mental health professionals take more notice of their views in decision-making about their care and treatment when an IMHA is involved. Service users also feel that one of the positive outcomes is the supportive relationship with the IMHA, even when decisions do not go our way.

The 12 new resources can help, which have been created by the Social Care Institute for Excellence (SCIE) and the University of Central Lancashire (UCLan). Briefings, reports and films give an overview of the current situation regarding IMHAs and cover everything you need to know to improve access to and provide high-quality IMHA services.

I do not want anyone else to experience what I did. I’ve been a survivor and activist for many years. In that time I have been a passionate advocate for advocacy. For instance, in 2010, I contributed as a peer researcher to the project researching independent mental health advocacy services for people detained on a ‘Section Three’ or a CTO. This work resulted in UCLan’s report, ‘The right to be heard’. It found that only half of those eligible for an IMHA in England actually had access to one.

The team were determined that the research would not languish on a shelf. So this led to the new SCIE/UCLan resources, which inform and promote IMHA to service users, mental health providers, advocacy providers and commissioners.

I continued to be involved in the development project for these resources. I was a member of the project advisory group and on the editorial board that reviewed and edited them. I went to events promoting the resources to service users, advocacy providers and health and social care professionals. You can even see me on one of the films on SCIE’s site. Additionally, I, along with several others have written a book that pulls together many strands of thinking on advocacy, which is due to be published in the autumn.

I will continue to inform, disseminate and promote advocacy generally and IMHA specifically; there is so much more to do. For instance, will there ever be a consistent approach nationally? Will people with learning disabilities, older people, young people, lesbian, gay, bisexual and transgender people, and those from black and minority ethnic communities get the advocacy they have a right to, and which is appropriate to their needs? Will we get to the point where opt-out and open access to an IMHA service is routinely available across the country? This is where service users are automatically offered the IMHA service and then have the choice to opt out rather than having to opt in to the service, as often happens presently.

Service users and allies will continue to promote and protect IMHA provision; it is too precious a right. No one should ever be on their own, dragged down by the spiral of fear, confusion and despair that pervades our very soul at a time when we are outwardly and inwardly weeping; at a time when we are most in need of support.

UCLan’s The right to be heard