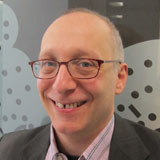 Credit where credit’s due - Universal Credit and co-production

How can we pay user and carers the expenses and fees they incur when they take part in projects without affecting their benefits? That’s one of the most common queries I receive about co-production, apart from what exactly does it mean? (For the answer to that, see our Research Briefing on the issue)

There is much debate at the moment regarding government policy relating to benefits in general. These changes can affect the quality of life of the members of our Co-Production Network. This opinion piece just looks at one particular aspect of the Government’s approach.

It is well established good practice that when users and carers give their time to improve public services, they should not be out of pocket. Why should a service user be the only person round a table who is not properly compensated for their time, expertise and contribution?

However, this simple principle is exceptionally hard to actually implement because of anomalies in the benefits system. The regulations in question were originally designed to accommodate people who wanted to undertake some part-time work; but they are highly inappropriate for involvement activity. Lots of organisations struggle with these issues on a daily basis, from huge health and social care improvement agencies, to social work departments in universities, through to small local disabled peoples’ organisations.

Organisations spend vast amounts of their precious time and resources ensuring that they keep within the law. Involvement Managers are scared that they will make a payment that results in someone’s benefit being stopped. Users and carers are reluctant to get involved in case they accept a payment that jeopardises their income. Some find the strangest part of this system is the Notional Earning Rule, which actually means that even if someone refuses a payment which is offered, they can still be treated by the benefits system as if they earned the money. Other issues were that out of pocket expenses that were reimbursed have been treated as earnings, leading people to have their benefits reduced. Also involvement has been misunderstood as evidence of capacity for work and people have been sent for further reviews of their entitlement.

SCIE has worked over a long period of time with benefits expert Judy Scott to try to address these issues. This work has been in a broad partnership which includes; the Care Quality Commission (CQC), the Office for Disability issues (ODI), INVOLVE, Carers UK and Shaping Our Lives. It’s been brilliant working with Judy, as she is highly experienced and knows more about benefits and user payments than anyone else. Baroness Thomas of Winchester, a life peer with personal experience of disability, has also been absolutely fantastic in pursuing this complex issue.

Over the years there have been numerous meetings with the Department for Work and Pensions (DWP) officials and also with ministers from the current Government and the last Government. The first breakthrough occurred in 2009, when a series of changes were secured through legislation. (These changes are still in force and are outlined in SCIE At a glance 50).

But these changes did not resolve all the issues and unfortunately in some ways have made the system more complex. This is especially so as some types of organisations are excluded from the changes, for example some Charities and Research bodies.

Judy Scott and Baroness Thomas are two people that particularly seized the opportunity provided by the universal credit, to press for a final set of changes that would sort out the problems, once and for all. I am delighted to say that the DWP have introduced regulations in law for universal credit that address all of these issues, setting a very positive landmark in the development of co-production. The DWP has just published universal credit decision makers’ guidance. This explains about service user and carer co-production in terminology that is current and says that reimbursed expenses should be ignored and that notional earnings must not be applied.

Keep up to date

Universal credit is being piloted in the North West for new claimants, and from 2014, the Department of Work and Pensions (DWP) will start to transfer people who are in receipt of current benefits (Employment and Support Allowance, Income Support etc) to universal credit. The DWP expect the process to be completed in 2017.

See the Advice for Decision Making (ADM) resources on the DWP website. In particular, see Chapter H3 paragraph 3160 – 3169 for service user and carer co-production and reimbursed expenses; paragraph 3241 for the notional earnings issue. The new rules on earnings can be found in Chapter E2 paragraphs 2160 – 2164.