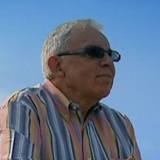 My partner David and I had a good life, but then David started to behave oddly. In 1992 I realised that things really were bad and David was diagnosed with pre-senile dementia.

When he went into residential care I felt strongly that the care home should know that David and I had once had a close gay relationship. We never really experienced any discrimination - it was more a lack of understanding and empathy. There was a feeling that now he was in their hands, they were primarily responsible for him. In some ways that was true, but I was more than the carer; I was the lover.

There were significant things that I had to point out to staff. For instance, I wanted to be at his dental appointments and they knew this, but they would make the appointment without checking with me to see if my diary was free. They had to learn from this situation so that they could make it more comfortable for us - just watching and making a mental note of the things surrounding the cared for person will enable the person working in the home to give out the right signals, which make the resident feel safe.

Sadly, David died in 2000. Then I met Mike and we formed a civil partnership. However, in 2002 Mike was diagnosed with an aggressive form of cancer and went into a hospice. We decided from the start that if people came into our situation as staff, we needed to be out to them. Mike wasn't 'out' and it was a brave decision for him. He told me that the staff were 'watching us' and that they knew they'd have to 'get it right'.

And they did get it right. I went into the small ward where he was being cared for and a nurse asked me to come in and help bath him. It was recognition that even in the most personal aspects of Michael's care, I was involved. I'd been bathing him for months before so why shouldn't I continue with that now? Things like that made us feel respected and accepted for who we were in relation to each other.

At the moment when he died I remember pressing that buzzer. The nurse came in and told me I'd been wonderful. She said: “You were there for each other”… and that's how it was.

After losing Michael six years ago I thought my life was on a downward spiral. Then 15 months ago, as I approached the age of 70, I met a wonderful man and find myself with my third partner. I keep hitting myself and asking if this is really happening, but I'm over the moon that it is!

Roger Newman stars in our series of Social Care TV films about working with lesbian, gay, bisexual and transgendered people. The film came runner-up in the Best portrayal of older carer(s) award at Counsel and Care's Older People in the Media Awards 2010. Roger's story also appeared in the Local Government Chronicle.