Somewhere under the Double Rainbow – Discussing LGBTQAI+ and Neurodiversity Intersectionality 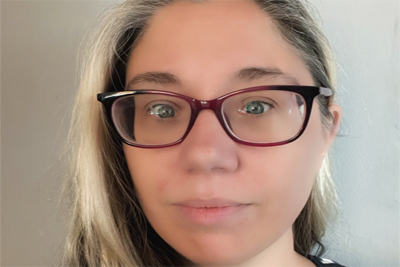 A blog for Pride Month

As a queer woman with ADHD the topic of intersectionality is one that has fascinated me. Three per cent of people in the UK identify as LGBTQAI+ (according to the ONS; but it’s acknowledged it’s likely to be higher than that with underreporting still an issue due to the amount of stigma that still exists). However, let’s just say 3% for now; and 15% of the UK population is estimated to be neurodivergent. There is evidence to suggest that neurodivegent people are more likely to be gender diverse and/or identify as lesbian, gay, queer, or asexual themselves, compared to neurotypical people.

Over the last decade there have been numerous discussions and studies about the links between people with autism and Gender Dysphoria; with one study of 641,860 people finding that “About 5%, of the cisgender people in the study with autism, whereas 24% of the gender-diverse people with autism.” A 2008 study found that more adults with ADHD identified themselves as bisexual compared to individuals without ADHD. The predominate theory as to why more neurodivergent people identify as LGBTQAI+ is that “if you are positioned to question “norms” than you are automatically more willing to embrace a non-conforming gender identity or sexuality.”

Being Neurodivergent, like being LGBTQAI+, also still comes with a lot of stigma; and both neurodivergent and LGBTQAI+ folks still face a lot of discrimination. There are ‘charities’ and organisations out there dedicated to finding a ‘cure’ for folks with autism just like there are for ‘curing’ or finding the ‘cause’ of being Queer ; with conversation therapy being a harmful ‘tool’ used against both neurodivergent and LGBTQAI+ people in an attempt to ‘normalise’ them.

Because of this, folks who are both neurodivergent and Queer (I’ve seen this referred to as NeuroQueer) can face double the amount of prejudice, discrimination and hurdles to overcome. As the Equality Network explains; “having an intersectional identity often generates a feeling that someone does not completely belong in one group or another, and can lead to isolation, depression and other mental health issues.” Many LGBT-focused organisations sadly have little knowledge of, for example, disability or race issues, which can lead to people feeling excluded or shut out of the community.

This Pride Month especially, it’s important for businesses to recognise the importance of inclusivity and intersectionality when they are considering how they support their staff and deliver services for their users. As an example, addressing issues that may affect the recruitment or retention or promotion of LGBTQAI+ folks in a way that’s not inclusive of neurodivergent people will likely not have the impact you’re hoping for; and vice versa. As such it’s extremely important that we create inclusive environments that respect every part of their identity rather than focusing on singular elements of it.