In Northern Ireland, a separate set of developments have taken place in response to the needs of people with autism. An independent review of autism services was undertaken during 2007 and its recommendations resulted in additional resources being secured by the Department of Health, Social Services and Public Safety (DHSSPS) to develop health and social care provision for autism. The ‘Autistic spectrum disorder (ASD) strategic action plan 2008/09–2010/11’[25] was also informed by other reviews such as the Bamford ‘Autistic spectrum disorders’ recommendations [26] and ‘Families matter: supporting families in Northern Ireland’.[27] It was updated in 2013.[28]

The plan highlights the need for a person-centred and whole-life approach to effective provision of health and social care services, which includes the statutory, private, voluntary and community sectors. It is linked to a care pathway approach.

The initial action plan was organised around five key themes:

The Autism Act (Northern Ireland) 2011, implemented in May 2011, covered two areas for development. First, it required changes to the Disability Discrimination Act 1995 to include people with autism, making it clear that ‘a condition which has a substantial and long-term adverse effect on someone’s ability to take part in normal social interaction or in forming social relationships can constitute a disability’,[29] thereby promoting access to services and benefits. Second, the Act required the Northern Ireland government to implement a cross-departmental Autism Strategy which outlines how the health, educational and social needs of people with autism will be addressed across the lifespan. It must also set out how families’ and carers’ needs will be addressed, and develop an autism awareness campaign.

A multi-disciplinary Regional Autistic Spectrum Disorder Network (RASDN) was set up to take the plan forward, and began work in April 2009. It is linked to the broader implementation of ‘Delivering the Bamford vision’.[30] Autism sub-groups have been established to take forward a range of work streams, and developments will be informed by the evidence base of good practice for diagnosis, assessment and service provision.

The autism adult care pathway sets out the guidance needed to deliver services to adults with autism across Northern Ireland [31] through the Regional Autistic Spectrum Disorder Network, made up of a wide range of stakeholders.

An update to the Autism Strategy, with a second action plan, was put in place in 2013,[32] and sets out 11 themes broken down further into strategic priorities. The action plan is across the lifespan and this is reflected in the wide-ranging themes:

Autism in the workplace 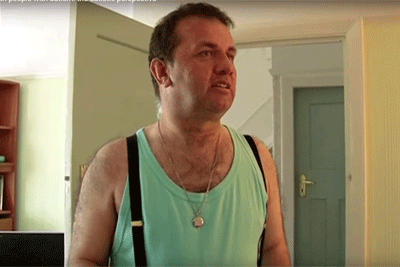 Two films from SCIE on living independently and on improving services
View more: Case studies
What do you think about SCIE's work?
FEEDBACK
#EXCLUDE#
#EXCLUDE#