Camden and Islington covers an area with a rich mix of ethnic and social backgrounds. The area has some of the highest needs for mental health services within the United Kingdom. Islington has the highest prevalence of psychotic disorders in England, nearly double the national average, and the highest prevalence of depression in London. At least 38% of inpatients are new to the area each year, which creates special demands and has a direct impact on the services provided.

The wicked issue for Camden and Islington NHS Foundation Trust

There is a feeling that mental health has not had the priority awarded to physical health, with a lack of funding and staff shortages. Camden and Islington is in the process of transforming its mental health services. In an area with significant demand for mental health services, the local NHS Foundation Trust has embarked on a programme to transform the service offer available. The Trust believes that too many people who use services needlessly end up in specialist, acute care and / or end up staying there for unnecessary periods of time. The perceived absence of change on the ground makes some service users sceptical about the influence their input is having and there is a risk that this will start to erode trust.

The Trust is moving towards an integrated practice-based model of mental health service provision, and has rigorously adopted coproduction as a way to engage the patients and public. It wants to allow people who use services to access person-centred support in one location only, and staff will be trained in dealing with mental health as well as physical health issues. This innovative pathway is using value-based commissioning principles and includes moving funding from the acute sector into the Trust so that it ultimately become a commissioner for its population. But this does mean changing hearts and minds at a system and local level.

The co-production of care is an overarching theme. The Clinical Strategy 2016–2021 says: ‘Instead of services “doing for” they will “do with” service users’. People who use services can, through being helped and supported, become participants in their community rather than solely dependent on services. In order to foster a culture of co-production, staff have talked about the need to give up the authority they are used to having in their day-to-day job as mental health practitioners; and instead make themselves more open, vulnerable and comfortable with uncertainty.

There is a rich tradition of user involvement at the Trust. For instance, recently, the Trust has started to host monthly workshops called ‘evolution groups’ which bring together people who use services, partners, staff and other stakeholders in order to influence the development and implementation of its new Clinical Strategy. The ambition is to genuinely co-produce the Clinical Strategy and the way services are delivered.

This ongoing dialogue builds an active community of people who use services, which makes it easier to develop a shared understanding between them and other stakeholders. Service users are paid for attending, which recognises their time and expertise, and places them on the same footing as paid staff. Further to this, the facilitators ensure that the discussion groups include a mix of people who use services, staff and other stakeholders; and that all contributions are reported anonymously so that all feedback and ideas are treated equally. Professionals, users and carers want to see real change to services on the ground based on their feedback.

The Trust admits its approach still has room for improvement. For example, the organisers would also like to involve people who use services in the actual planning of the ‘evolution groups’, which they are not currently doing. Further to this, despite the ‘evolution groups’ being open to everyone, there is a tendency for the same people to attend and those people are also often involved in other user forums. So the Trust is currently thinking about how it reaches seldomheard groups, for example through social media.

Nonetheless, staff reflect that the process has taught them how to be more flexible – summed up by the idea that: “If things aren’t working, change them.”

Ultimately, the Trust’s ambition is to create the freedom to give service user groups their own funding, plus their own agenda and accountability. This would mean that users and carers can co-design services that will advance the aims of the organisation and also empower service users to be co-production ‘public servants’. 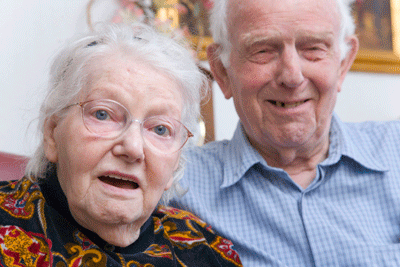 SCIE's Ewan King. An article for the local government magazine, the MJ

All 'Future of care' reports

Users and carers at the centre of service design, delivery and evaluation