Looking to communities to support wellbeing 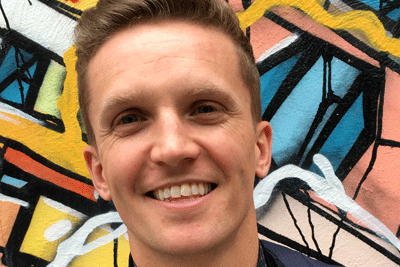 This man called Mike - and his wife - went to see their GP because Mike's dementia had been getting more challenging. The doctor referred him to us and we discovered that Mike had started to struggle whilst doing what he loves, which is cycling. It’s his passion, his skill, his strength and his talent. But then he started getting lost. That’s really why his condition had started worsening; his wellbeing levels dropped and subsequently his symptoms increased.

We arranged for Mike to be picked up and taken home after every cycle by a local community cycling group; and six weeks later, his symptoms had levelled out, his mood had improved and his wife was happier. We like to feel that we helped to tap into the energy that exists in the community.

It’s the sort of thing that the Care Act 2014 called for. SCIE’s site has details on the new assessment and eligibility requirements that the legislation has thrown up. For our part, my organisation, Wellbeing Enterprises, uses an innovative, social approach to improve people’s health in the North West and across the UK. We start by identifying barriers to a person’s wellbeing from loneliness to mobility issues, and tap into assets in the community to find solutions. Just like we did with Mike.

About a fifth of all of those who go to the GP won’t be there just for a medical reason. Evidence tells us that those people are in the waiting room because their health issue is being made worse by a social issue. They need a structured plan to improve their wellbeing.

Here’s some jargon: We call all of this providing ‘social prescriptions’ but what that means is tango dancing, ukulele lessons, Nordic walking and drama classes, all on prescription. All to mobilise people’s strengths and abilities in communities.

We’ve supported close to 20,000 people, like Mike, to improve their health and wellbeing. As Mike’s example shows, you can actively engage citizens so that they’re part of the solution and also co-producers when addressing their problems.

Wellbeing Enterprises was a Big Venture Challenge winner in 2014 and won an award from the Health Service Journal in 2015.

Article on how savings can be made, quoting SCIE's work in Birminghan.

Managing demand through the Wigan Deal