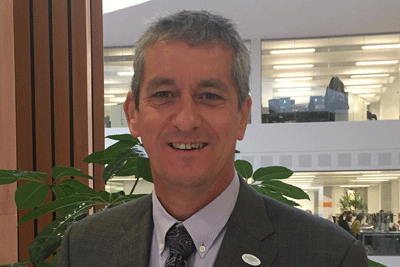 The aim of local area co-ordination is to support residents in the local community to ‘get a life, not a service’, empowering local people to find-community based solutions instead of relying on services.

Local area co-ordination (LAC) was introduced to Derby in 2012 as part of the council’s personalisation transformation programme. We wanted to understand how a local authority could meaningfully support local people to build on, and build up, their social capital. What we have learned is that in so doing, LAC both reduces demand and drives wider service transformation.

Local area co-ordinators (LACs) carry out a wide range of activities that are often misunderstood as ‘light touch’ prevention. But in reality the major part of their role is to provide complex or crisis support in ways that keep people away from other services, reduce dependence on forms of care, and thus reduce costs. As such, LACs have become a key council service in meeting its statutory duties within the 2014 Care Act to prevent, reduce or delay needs for all adults.

LACs are not community development workers, but do work with individuals in the context of their local community, neighbours and wider family. LACs support people to draw upon their personal or family resources to solve their problems and connect people to others in the community who are able to assist. In so doing, they also identify the things that the person themselves has to offer, so that support becomes mutual and people contribute more to their local community.

With strong support from our local clinical commissioning group, LAC became a key part of Derby’s Better Care Programme. We currently have LACs in 10 of the city’s 17 wards: funded 59 per cent by the CCG and 41 per cent by the council from its adult social care staffing budget.

Local area co-ordination began in Derby in 2012 in two council wards. Derby University evaluated the work and reported that, over a period of 10-12 months, working with approximately 50 people, there was an estimated saving of £800,000 to the health and social care economy as a result of people’s use of the formal system being delayed or diverted entirely.

In March 2016, Think Local, Act Personal published an independent forecast of the Social Return on Investment (SROI) of LAC in Derby. SROI is a method for measuring and communicating a broad concept of value that incorporates social, environmental and economic impacts.

According to the report, over the three year forecast period, LAC is expected to deliver significant social value with up to £4 of value for every £1 invested. Put another way, that’s a financial value estimated to be £6.5 million over a three year period, based on the £1.8 million investment by the council and the NHS via the Better Care Fund.

The impact of local area coordination in Derby and the strong evidence case for its value has secured strong strategic support from the NHS and adult social care across Derby and Derbyshire, such that it has been included as a major element of the current, draft Sustainability and Transformation Plan (STP).

Article on how savings can be made, quoting SCIE's work in Birminghan.

Managing demand through the Wigan Deal