Why can’t they just join in? Isolation and people ageing without children 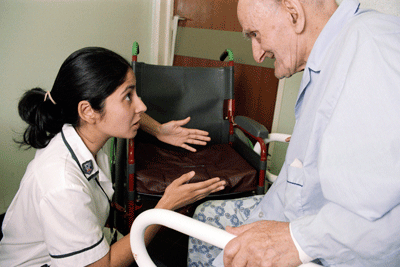 ‘Why can’t they just join in?’ I heard this at an event discussing isolation and loneliness for older people when I raised the issue of people ageing without children. I understood the frustration behind the words as the speaker saw yet another ‘problem’ added to the long list of issues around ageing; why can’t people ageing without children just join in with existing activities? What makes it different for them? Why might they need a space for them?

There are a number of factors that can affect people ageing without children’s ability to join in and make new social connections or indeed, maintain existing ones and thus make them more susceptible to loneliness.

Although there are over one million people aged 65 plus in the UK who have never been parents, they are of course a minority. Most people do have children and it is a common experience shared by millions across the country, an experience that people ageing without children do not share either by choice or by circumstance.

Feelings of loneliness and tactless statements

Living in a society where you are different, and where people generally don’t know how to react to that difference, can encourage feelings of terrible loneliness. Making friends and developing social networks is often based on shared experiences. For people ageing without children who don’t have the shared experience of children and grandchildren that many people have, it can often feel as if there is no common ground. This is emphasised all the more by the tactless, thoughtless and sometimes deliberately hurtful comments that are sadly very common for people who do not have children.

I was having lunch with a friend, and she told me that people who don’t have children can’t look after old people, as they don’t have any empathy.

One of our focus participants described how they had been called ‘a selfish cow’ for not having children while our Facebook group often has posts from people who have been left feeling hurt, sad or angry by thoughtless comments from work colleagues - and from even friends - about their status of being without children.

Moreover there remains a great deal of judgement in society about people who do not have children. There are still strong taboos associated with being an adult without children. People who have chosen not to be parents, in particular, face a lot of criticism, and the implication is that they ‘deserve’ anything that happens to them in later life, as they should have thought about that before. Even for those who wanted children but were unable to have any, there is a suggestion that they have no stake in the future, have no interest in what happens to society at large, and are ‘less finished, less emotionally complete, and less capable’.

We also know from research that having a family (especially a daughter) increases the likelihood of having social and maintaining connections. ‘Older parents in England had higher chances of at least weekly face-to-face social contact than their childless counterparts.’ (See link below). Older people without children often lack access to the important practical help that enables participating in the community e.g. someone to drive them to activities, someone to find out information about what’s available. Without that, there is a higher chance of people ageing without children becoming lonely.

Imagine then how hard it is to reach out when you are ageing without children and feeling lonely. Imagine going to one of the many clubs and groups that exist for older people only for all the questions to start with: ‘do you have any children?’ ‘No’. ‘That’s a shame!’ Or to sit in a group as people show photos of grandchildren around; and you sit there lemon-like as you can’t join in.

Having friends and on-line friendships with people who are AWOC means that we can totally be ourselves and feel being connected with like minded people in the same / similar circumstances as ourselves means friendships can deepen and grow.