"The care system failed to look after me well enough" 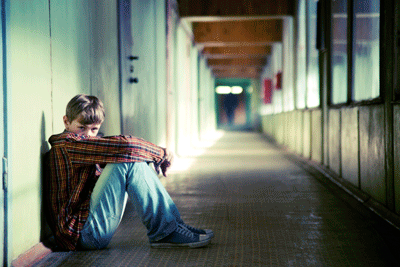 I used to think it was ironic, that the care system was called the 'care' system, because to me it looked like they should drop the care, 'coz it's too focused on the system. My mental health issues are not entirely the fault of the system, but the system did fail to look after me well enough, which allowed my mental health and emotional well-being to not only be neglected, but actually directly making me unwell.

From not having the slightest clue where my next placement would be from a secure psych unit and having to trust a social worker who had failed to place me properly in the first place, to find me a new home which made me feel completely out of control of my life. Making attachments with complete strangers in a kids home, learning to trust them and living with other young people with their own mixed up feelings. Not knowing how to handle another 15 year old girl crying, drunk, with blood dripping off her wrists after she'd cut them, telling me she can't handle life. Or the girl who threw herself in front of a car, or the lads who would go straight to violence before talking their feelings through. Seeing lads crying in restraints that escalated so quickly, not having the opportunity to open up because of societies expectations of them to handle it all on their own.

Yet we're all standing round wondering why suicide is the biggest killer for men under 45! The time when I had to try and stop a 14 year old lad from trying to hang himself, because all the staff were outside trying to stop a girl from climbing on the roof and chucking all the tiles off. Or standing up in Crown court to give evidence, and witnessing first-hand the emotional impact that the sexual assault had on the poor lad, only 12 years old, when if the care system had just done their bloody job properly, the whole thing wouldn't of even happened.

All of it, all of it could have been avoided, or handled way, way better and that's just the tip of the ice berg.