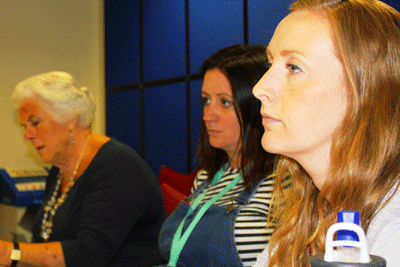 This was a meeting I was really looking forward to. Three weeks into my new role as SCIE’s Co-Production Development Manager, I headed to Oxford to meet the Co-Production Champions- a group created as part of a ground breaking partnership between SCIE and Oxfordshire County Council.

The excitement was building because as the first piece of work of its kind, Oxfordshire County Council are putting people who use services and carers at the heart of designing services. Over the next few years they’re creating innovative ways that local people who use services can have a say, not only in what a service looks like (the way it’s designed) but also how it’s run, through to deciding whether it has worked. It’s built on the idea that the people who use a service are best placed to help design and improve it.

What they aim to do

The Co-Production Champions will promote and support co-production. The group is made up of people who use services, carers, Council staff, professionals from health and social care, and voluntary sector organisations who are learning and working together to make change happen. They aim to promote co-production by holding events, providing training and helping to set up or support co-production projects by advising on what good co-production looks like. This meeting was a chance to agree a Terms of Reference- a clear plan of what the group is for, what they’ll do and how they’ll do it- this led to an interesting wider discussion on the values behind co-production.

Co-production is a way of working but it isn’t without its challenges. It requires new approaches and ways of working. It’s about creating equal partnerships – services and organisations working together with carers, families and people who use service to co-design and co-deliver care and support, ultimately professionals need to let go of some degree of control.

This recognises the huge contribution that people and communities can make in shaping services.

Really importantly, the changes that come about are more meaningful and sustainable because people have been given choice and control in shaping something.

Want to see co-production in action?

Why not read this blog by Ben, a user of services in Oxfordshire, talking about his experiences joining the Co-production Board.