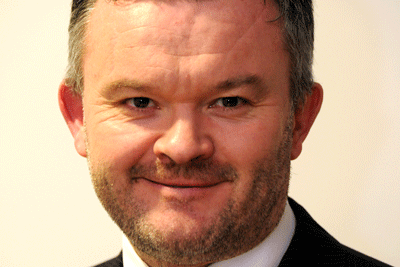 It’s important to prosecute those responsible for female genital mutilation (FGM), but it cannot only be the police that respond. We are just one of the agencies working in partnership to prevent FGM and protect those girls who are vulnerable to it. Professionals and communities also need to have the confidence in the police response so that they are happy to share community information and intelligence on FGM.

And 31 October was an important date. It marked the one-year anniversary of mandatory reporting of FGM. This legislated that regulated professionals must report known cases of female genital mutilation for those under 18 direct to the police. They use the 101 number. What I mean by ‘known cases’ is when FGM has been visually identified, or where there’s been a direct verbal disclosure of FGM. This is important as it is a step change in the information-sharing relationship between regulated professionals and the police.

One year on, the Metropolitan Police Service are now in a position to share our experiences of mandatory reporting of FGM in London. At a multi-agency conference we highlighted the numbers of mandatory reports we have received in a year. There were 38. We also focused on the occupations of those making the reports; there were 23 from health, nine from GPs, two from children’s social care, two from education and one each from a nursery and a dentist. And we looked at data on those young people the reports were made on behalf of.

It is encouraging that so many reports came from health professionals. However this is to be expected as these staff are most likely to visibly identify FGM. But to encourage further reporting we are committed to developing a common understanding of what the police in London do with the mandatory reports we receive. We also want to enhance simultaneously the confidence of our partners in the ways we respond to FGM. It is important that the nuanced nature of our work is recognised.

What is key is to encourage reporting of concerns of those at risk of FGM via existing referral routes; but also to encourage reporting by those who have been subjected to FGM. This can allow us to improve our response and knowledge-base. We will continue to raise awareness of the mandatory duty and continue to break down professional barriers that might prevent this happening.

Why is this important? Female genital mutilation is a hidden crime. We know that it is under-reported and it is both an incredibly complex global and local issue that will not end overnight. But sharing information allows us to respond in partnership and to better safeguard those at risk. Mandatory reporting is a step in the right direction.