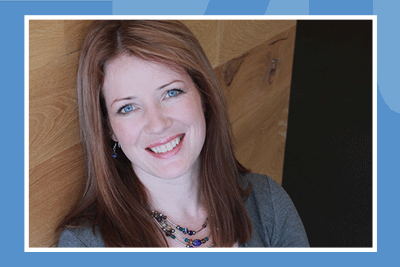 We were preparing for our 20th anniversary commemorations when we suddenly heard rumours that the Government was to announce an increase in National Insurance to pay for the crisis and long-term provision of social care. This sounded like the most significant moment for us since we were founded in 2001. Of course, we now have more detail on this so we know that this money is largely for the health service.

Nevertheless, this was very significant for the future of social care and social care reform. We responded by saying that the government should indeed be commended for trying to fix social care, but as most of the new funding will go to the NHS, we are worried that the underinvestment in social care will continue. We believe this is a false economy, especially when we need to do more to support people to live independently and in their own communities. That said, 7 September – the day of the announcement – was still a big moment for our sector.

Of course, there have been many such significant milestones in the last two decades. For instance, 2005 saw our first meeting of the Partners’ Council, where people who draw on support and services had their views listened to. That seems quite outdated now, but was incredibly important at the time. This concept has become co-production, where people who draw on care and support – and carers – are given an equal say about how those services are designed, whilst we still have a lot of work to do for co-production to become the norm, we have certainly come a long way since then. This year we celebrated our sixth Co-production Festival. A great achievement.

Some other highlights: We launched our Get Connected programme ten years ago in 2011, getting software and hardware into care settings; The Care Act 2014 was also hugely significant for us, as we helped to implement this and still to this day provide support and guidance to its implementation; last year we launched our Beyond Covid report where we sought to highlight the evidence around what needs to change in any social care reform.

Covid-19 has put social care into the spotlight in a way that we could not have imagined, and certainly in a way that hasn’t been seen in my life time. Whilst a lot of the attention has been around care homes and the very difficult situation they have found themselves in, the general public have at least seen for themselves some aspects of the crisis in social care, making the Government announcement for palatable for some.

And here we are in late 2021, as a charity whose funding has been reduced over the last two decades, we are now looking at encouraging donations as we become more and more acutely aware of the very real need for improvements to the social care system, and the role we play in that. We are starting to fundraise for donations from charitable trusts, corporates and philanthropists. A single or regular donation to SCIE can help us to change people’s lives by improving the care and support that they receive. Specifically we are focussing on three key areas. We want to: Drive improvements in social care locally; influence better policy and practice nationally; and support better safeguarding everywhere. We’ll be taking every pound raised seriously as it contributes to our mission and our ability to make a difference. Donations help us to improve lives.

We hope to be around in another 20 years from now, witnessing people’s lives improve as the value of social care and support is recognised more and more every day. We want to make sure that people of all ages, who have cause to draw on social care, enjoy an equal life and have an equal opportunity to lead that life the way they want to lead it.