Relationships: From the bottom up to the top down 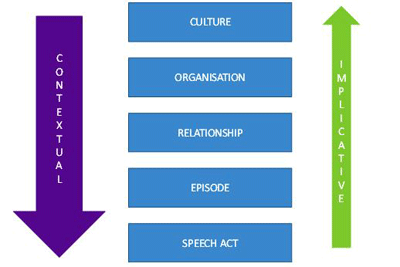 I have been reflecting on recently attending Relationships that matter, an event hosted by the London Borough of Camden. The theme of the day was to think about how relationships should be the cornerstone of all that we do, building kind, compassionate and curious connections to allow for more humane and proportionate social care. Camden are a pioneer, they are forging on ahead with an approach to children’s social care which puts citizen experience and voice at the forefront of their system.

Relationship based social work isn’t a new phenomenon; I would guess most if not all social workers would aspire to forge strong connections with the people we work alongside and have been trained and supported to build trusting relationships. Yet what is perhaps not as common is relationships being the core of service design and delivery, the importance of relationships permeating through the whole system. I wonder if this is changing or the time is ready for change. There appears to be different strands to the same umbrella, be it coined relational welfare, , relational activism or a social model to services. There now seems to be a move towards connecting the dots. There is a commitment to bringing together and drawing attention to those parts of the country who are delivering relationship based systems.

Camden’s approach is founded on key principles of systemic family therapy. The way Camden are using theory connected with ethics and values is an exciting prospect. A social care event which didn’t once mention ‘risk’ or process was unique. It shows a change in how systems in children’s social care could be radically different. The event was very open, it was practicing what it preached by bringing people together to share and tell stories, and we heard inspiring stories of resilience, strength and love. This was not like an event I had been to before. The thread of the event was #relational activism; my understanding of this concept is connecting the principles of social work with practice. Relationships being the glue and driving force of more equal practice.

I saw relational activism as a means of addressing how change can be created from the bottom up; in building relationships which are characterised by equality, fairness, respect and compassion we can forge networks, we can share stories and gain momentum. I think this is what Camden is quietly doing, they have locally started to build something from practice which is now starting to draw attention through the connection of likeminded individuals and organisations. Importantly this is a diverse mix of experience and identities where power is shared.

I can’t help but think of systemic ideas when considering the changing role of relationships in social work. The creation of compassionate equal relationships are influenced by the interactions or episodes a social worker may have with a citizen. Those episodes are shaped by the words, language and approach taken by both individuals. The conversations, episodes and overall relationship is also influenced by the instructions the social worker may have been given by their manager, how the social worker feels about their job, how their organisation may support or not support them, or the culture of the organisation and its approach to practice to name only a few of many. The forces are bidirectional but co-ordinated management of meaning theory would suggest the contextual force from the top down is stronger than the implicative force, from the bottom up.

To come back to my point, if the contextual forces do not support or empower practitioners to engage in respectful, curious and caring relationships and indirectly encourage a relationship of anxiety, suspicion and process the capacity of the social worker to remain true to social work values in how they connect with people becomes a challenge.

In systems with cultures and internal relationships dictated by compliance, inflexibility when working with risk and pressure there will activists who are bucking the trend trying to make changes from the bottom up. I would suggest this has been an active presence for some time. What is perhaps different now is that not only do you have bottom up activists engaging in caring, kind relationships which are at odds with a system which many suggest discourage human, connecting practice, but you have multiple contextual forces from the top down connecting the dots. There are systems across England supporting practitioners to do something different.

There are strong voices to change how we do things, to make our social work values a reality. The media circus around Baby P undeniably created the strongest contextual force we have seen, I wonder if the sector has now taken ownership of bringing together the social work which should be happening. Leaders came together from Camden, Leeds, Hertfordshire, and Stockport at the event as relational activists. There was a commitment to a sharing of power to do something different.

There is a sense of unity. There are of course tensions and divides, one of interest for this piece is between the role of evidence and relationships. Too often comments focus on how both are too different, positively, this seems to be changing. There is an acceptance that evidence is to support the direction we take with what might be useful for those we work alongside, relationships are the core of what we do to make the change.

At the start of the year I considered priorities for the year ahead in Community Care and thought to myself, is it the system itself which needs to change? And it seems like this is what is beginning to happen.

I believe we are now in a place where from the bottom up, citizens are being provided the platform to shape how they want services to work for them. Additionally, citizens who use services and those who work in systems are coming together to share power and co-produce social care services. We heard from two speakers, Clarissa, a Camden citizen who has led on citizen led primary research and Alex Fox spoke about the work of Shared Lives

The strides forward Shared lives is making to adults social care and Camden to children’s social care is exciting. The conversations taking place in the context of an event which represented both adults' and children's services is novel and perhaps represents the shift in direction of social care systems. You could pick up on this idea in the room, there was a connection, a buzz about how relationship led systems could lead to better outcomes for all involved. The realisation that the social care systems we have developed do not effectively meet the needs of citizens has long been recognized. Perhaps now is the time this will lead to a change in direction where bottom up and top down forces trigger a new chapter.