This resource remains available under SCIE’s commitment to share knowledge and information but please be alert to changes in policy or practice since publication. This resource was last updated in April 2009.

People who use services driving culture change - Work in partnership 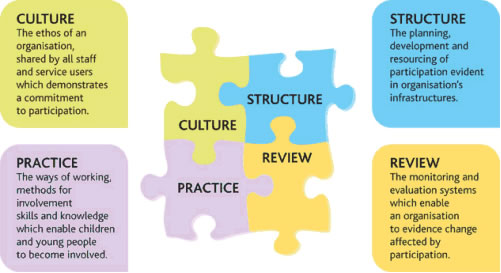 Example: 'Some people, particularly those in leadership positions, and especially user leaders, play a central role in supporting the development of change. One mental health day centre user group said the manager of the resource centre was seen as having played a key role in the way the centre had developed' (SCIE Knowledge review 17).

How we know this