This resource has not been updated since November 2009. It may not reflect current policy but still provides valuable practice guidance.

Who can be represented by an IMCA ?

The regulations state that IMCAs may be instructed where local authorities or NHS bodies ‘propose to take or have taken, protective measures in relation to a person (“P”) who lacks capacity to agree to one or more of the measures’ and where safeguarding adults proceedings have been instigated. People at risk may be supported by an IMCA regardless of any involvement of family or friends.

Before making an instruction for safeguarding adults, it is necessary to assess the person as lacking capacity for at least one protective measure which is either being considered or has been put in place. Examples of protective measures may include (but are not limited to):

Protective measures may constitute a deprivation of the person at risk's liberty. Where this is possibly the case, the requirements of the Deprivation of Liberty Safeguards need to be followed.

There is no statutory requirement for the IMCAservice to have access to a copy of a mental capacity assessment before acting on the instruction.

Subsequent to the IMCA instruction there may be a need to undertake further mental capacity assessments. This could be because of concern about the original assessment, potentially fluctuating capacity, or protective measures being considered for which capacity has not previously been assessed.

If subsequently the person at risk is found to have capacity with regard to all the protective measures which are actively being considered, the IMCA instruction should be withdrawn. The statutory IMCA role would normally end at this point. In some cases though, where the IMCA is concerned about the decision-making process, they may still need to challenge an aspect of this. The right of challenge applies both to decisions about a lack of capacity and best interests decisions (see ‘When the IMCA will stop working with the person’, below).

A safeguarding alert has been raised because a home support worker is concerned that Edna, a 90-year-old woman in the early stages of dementia, is being financially abused by her nephew who until recently had had no contact with her. Because of the size of Edna's savings she pays for her own services. The safeguarding manager arranges for Mark, a social worker, to visit Edna as part of the safeguarding assessment. Edna tells Mark that she has given her nephew money because his wife is sick. She is unable to remember how much this was or what exactly it was for. Mark then undertakes an assessment with regard to Edna's capacity to manage decisions about her money. He concludes that she does not have the capacity to manage the money she is currently paying for her support costs. Because of the concerns surrounding the nephew, and knowing that otherwise Edna is very isolated, the safeguarding manager instructs an IMCA to represent Edna. They identify that a potential protective measure is to ask the Court of Protection to appoint a property and affairs deputy.

A safeguarding adult alert has been raised regarding Lei by her GP who treated some bruising. Lei refused to tell the GP how her injuries had happened. The GP suspected domestic violence and explained to Lei why they wanted to tell social services about their concerns. Despite Lei's resistance the GP shared the information on a best interests basis after assessing Lei as not having capacity to make the decision herself.

Lei has learning disabilities and her boyfriend Glen moved into her flat about six months ago. Glen is himself known to social services and does not have learning disabilities. Lei currently receives two hours support a week to help her with shopping and budgeting. Because Glen is known to have a history of violence this support is no longer provided in their home.

The safeguarding manager discusses options with the local police. Subsequently they arrange for Joan, her social worker, to visit Lei together with the support worker as part of the safeguarding strategy. Joan asks Lei about the bruising and she responds by saying she didn’t want to get into trouble with Glen. Lei then tells them both to get out of her flat before he comes back. Joan is very concerned by this visit and believes that Lei is frightened of her partner. She is also surprised by the very unhygienic conditions she found in the flat which was not an issue prior to Glen moving in.

Joan reports her visit to the safeguarding manager. She also suggests that an IMCA should be involved as she knows that Lei has a very strained relationship with her family and there are no other suitable advocacy services available locally. The safeguarding manager explains that the criteria to instruct an IMCA have not been met since there has not been a mental capacity assessment with regard to any proposed protective measures.

The safeguarding manager identifies that instigating proceedings to evict Glen from the flat needs to be considered as well as taking more urgent action. Lei holds the tenancy for the flat and one of the conditions is that no one else should live there unless this is approved by the housing association – which has not happened. They ask Joan to go back and assess Lei's capacity to understand that she has the power to ask Glen to leave and if she does whether she wants him to. This time Joan arranges to meet Lei away from the flat which provides a much better opportunity to undertake the assessment. Joan concludes that Lei does lack capacity to decide whether Glen lives in the flat. An IMCA is subsequently instructed.

Before instructing an IMCA , potential protective measures should be identified.

The person’s incapacity to agree to at least one of the proposed protective measures needs to be established prior to the instruction of an IMCA .

There is no statutory requirement for the IMCAservice to have access to a copy of a mental capacity assessment before acting on the instruction.

Subsequent to the IMCA instruction there may be a need to undertake further mental capacity assessments.

If the person is subsequently found to have capacity with regard to all protective measures being actively considered, the IMCA instruction should be withdrawn. 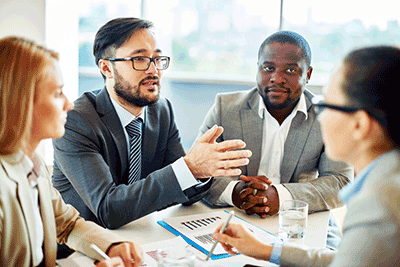 SCIE has produced a short video to encourage the sector to consider how LPS will seek to promote practice which aligns with human rights and the core principles and duties of the Care Act 2014.
Training course