What is a Serious Case Review (SCR)?

Serious Case Reviews (SCRs) were established under the Children Act HM Government, 2004 to review cases where a child has died and abuse or neglect is known or suspected. SCRs could additionally be carried out where a child has not died, but has come to serious harm as a result of abuse or neglect. They aim to establish learning for agencies and professionals to improve the way that they work together to safeguard children. A Local Safeguarding Children Board (LSCB) could commission a review for any case where it suspects anything can be learned to improve local practice.

This analysis reviewed 368 SCRs, involving a total of 404 children, from the period between April 2014 and March 2017 (Figure 1). Of these SCRs, 278 had final reports that were available for this analysis to consider. The review used both quantitative data from final reports, of which 278 were completed and available for this review to consider. This was combined with a national survey of LSCBs and two practitioner workshops.

Through this period, and compared to the previous triennial period, the number of deaths as a result of maltreatment of a child remained relatively steady at around 28 per year. However, there was a significant increase in cases of serious harm not resulting in death, rising from an average of 32 per year between 2009 and 2014 to 54 per year between 2014 and 2017.

The underlying theme to the report is that of complexity and challenge; the complexity of the lives of children and families involved in reviews, and the challenges therefore faced by practitioners seeking to support them. This is particularly notable in the context of rising child protection activity, high practitioner caseloads, increased staff turnover and limited resources.

The 278 reviews with final reports were analysed for the family factors and characteristics of children involved (Figure 2). Of note, 35 per cent of reviews included deprivation or poverty as a factor in the case. Overall, 86 per cent included at least one of the following factors:

The characteristics of parents was similarly captured, where it was noted in reports (Figure 3). In 81 per cent of case reviews, at least one of these characteristics were cited as being present and, in the case of alcohol and drug misuse, more significantly prevalent than in the general population.

Nearly half of SCRs involving children over the age of 6 included mental health problems for the child. In almost three out of every 10 cases, bullying was found to be a factor as an adverse experience of the child.

Analysis of Serious Case Reviews
All sections | Next section 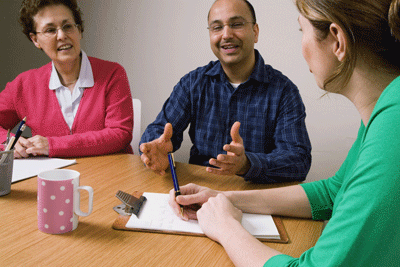 Drawing on extensive experience of using our Learning Together approach, we conduct audit and consultancy with multi-academy trusts and schools to improve safeguarding provision and governance.

Safeguarding for Trustees of User-led Organisations

This course provides an advanced level of child protection knowledge and skills. This course is crucial for anyone who is the safeguarding lead for children and young people. CPD certified. Booking for 30 August.

SCIE’s work with the Downside School

Wood report: review of the role and functions of local safeguarding children boards