My reflections on Black History Month 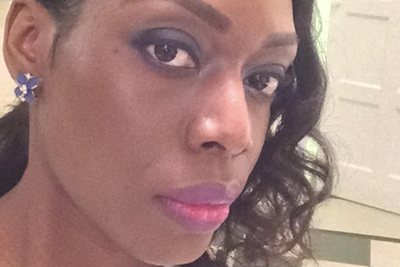 Growing up in Nigeria, history lessons predominantly focused on those that made an impact in Nigeria as a nation. There were some sessions on the British colonial era, but these weren’t the main focus. These lessons for me came with a certain 'privilege and pride' as my dad would often remind us, in that it was important to make sure my grandfather’s legacy was always protected.

My Grandpa Hubert Ogunde was an actor, activist, playwright, theatre Manager, and musician who founded the first contemporary professional theatrical company in Nigeria, the African Music Research Party, in 1945. In 1944, Ogunde added his voice to the agitation for independence by writing operas that are thought-provoking. The colonial masters were infuriated with such dramas as, Israel in Egypt (1944), Nebuchadnezzar’s Reign and Belshazzar’s Feast (1945), Worse than Crime (1945), Strike and Hunger (1945), Tiger’s Empire (1945), among many similar titles.

However, for these titles, my grandfather was arrested, jailed, humiliated or intimidated; he earned himself a series of bans for standing for the truth and what is right. An act which is extremely rare in modern day Nigeria. He featured in a movie - Mister Johnson, a film directed by Bruce Beresford and starring Pierce Brosnan. It was shot in Northern Nigeria and was about a young man talented enough to get an accounting job in the colonial offices, but he quickly learns his race prevents him from advancing to the respectable kind of job he desires, desperately hoping to impress his superior (the white man). Unfortunately, during the production of this movie My Grandpa fell ill and was flown to London where he died in Cromwell hospital.

This Mister Johnson movie story is often the common factor faced by a lot of black people today, especially black men. You would often hear comments like: "But if you have the experience and qualifications, nothing should hold you back from applying and getting the job”. My hubby was once at an interview where the interviewer made a comment that they had never had a person of colour at a senior position so they were “curious” what he could bring to the table. That comment still crosses his mind now that he's the only black director in his organisation.

That kind of experience in an interview could have easily deterred him from applying for senior positions. Black men are often told, either by their families, or society itself, that they needed to prove themselves; that they may need to work twice as hard despite their education, qualifications and experience, just as portrayed in the movie Mister Johnson.

When black people are asked to share their experiences, unfortunately it is sometimes met with hesitation. This is because there often tends to be resistance, a lack of empathy and understanding. Despite how the killing of George Floyd impacted millions all over the world, a proportion of people found it necessary to bring up his past crimes, forgetting that those crimes had consequences for him and he had paid the price for it, and rightly so. However, do we justify his killing because he had a not so great past? People are sometimes conditioned to look at a black man’s crime as unforgivable, where statistics show that their sentences are likely to be much higher than for someone who isn't black.

In the U.S, where racism can be more ingrained in daily life and more blatant, we see stories of the Exonerated Five - as they now like to be known (formerly Central Park Five). Five young black teenagers who were illegally interviewed by police as minors and were 'convicted' of raping a white woman by the public even before they had a chance of a trial. Only to find out that they were innocent after all, after some spent over a decade in prison. (as portrayed in the series When They See Us on Netflix). A black man might initially be arrested for a minor offence, thrown in jail, given an unusually high bail amount that his family can’t afford or perhaps just not willing to pay. He may then remain there, is aggravated, gets into a fight due to frustration, another charge is added on top of what he is already serving and then the cycle of countless jail time begins.

Who could ever forget going back in history, the case of Emmett Louis Till, a young black boy who was lynched in Mississippi in 1955 after being accused of offending a white woman in her family’s grocery store. We see a more recent case of Amy Cooper, a white woman who called the police on a black man in a distressed voice and said: “An African American man is threatening my life” - even though he was nowhere near her. She was angered by the audacity of him telling her to put her dog on a leash. And let's not forget Ahmaud Arbery, who was followed and killed by two white men whilst jogging; or the recent performance on Britain’s Got Talent, which was the most complained about TV show, in a decade after Diversity, a dance group, performed to highlight all the issues faced this year including Covid-19, families breaking, poverty, mental health and of course racism. It seemed people chose to only focus on the racism part and lost the whole message talking about us coming together and spreading unity and love.

Many videos of racist attacks have surfaced this year alone even though it’s known by the black community that these have been happening for decades. You hear people ask: "What about the rate of 'black on black' crimes?" The answer is there is never a justification for any crime and consequences must always follow. However, there is a much higher chance that those crimes have quickly been resolved with an arrest and much harsher conviction, often met with little or no chance of a good lawyer, rehabilitation or probation or parole. For me, when I hear 'Black Lives Matter' I look immediately at the actual statement and don’t attach any politics to it. It’s simply black people demanding equal rights to access a good public defender, an equal right to be sentenced for a crime proportionately. History tells us sentences are often disproportionate, that these issues are often rooted into the system. Often known as systematic racism, it can be deliberately written into some constitutions, where minority families have often had the worst share of resources, less investment in those areas for good schools, access to public funds to improve infrastructures and less access to medical care. It’s not by coincidence minority workers have been disproportionally hit by the UK covid-19 downturn.

I finish on this note. I am amazed at how much positivity and openness and willingness to listen there has been so far from a majority of people. Black history month shouldn’t hopefully be received with caution. It shouldn’t be met with resistance. This is real life. It should be a time for reflection. A time to look into ourselves and ask: "Do we make room to empathise and support others who are being discriminated against? Despite their race, ethnicity, religion or sexuality?"

I’d like to use this opportunity to celebrate black role models like Garret Morgan (inventor of a Traffic Signalling (lights) system); Lewis Latimer (inventor of the carbon filament light bulb); Madam C.J Walker (inventor of hair products and first self-made multi-millionaire woman in the US). Or sporting role models like Mohammed Ali (Boxing), Serena William (Tennis), Shelly Ann Fraser Pryce (Athletics), and Michael Jordan (Basketball) etc. In the political world I can point to Nelson Mandela, Kofi Annan, Barack Obama. In Business World, I can look at Arnold Wayne (CEO of Carnival Plc) etc and of course my very own Grandpa.