The care system in Northern Ireland is under strain. In addition to the increasing demand for social care precipitated by an ageing population and budget cuts, the Chief Social Worker for Northern Ireland, Sean Holland, cites the fragility of the residential care home market (especially in rural areas); the quality of home care; and difficulties recruiting enough care workers (a situation which is likely to be exacerbated by Brexit) as major concerns for the Department of Health. Self-directed support and co-production with people who use services are growing but remain limited. 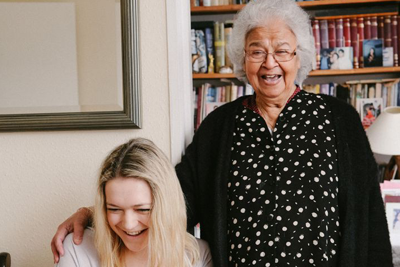 The reform of health and social care has faced several challenges in Northern Ireland. The fall of the Northern Ireland Assembly took place in the context of several reports setting out a vision for a transformed health and care system. These included Health and wellbeing 2026 delivering together (Department of Health, 2016) and Power to People: proposals to reboot adult care and support in NI (Expert Advisory Panel on Adult Care and Support, 2017). The Department of Health continues to build momentum around investment and new thinking about social care in the absence of a Health Minister and Executive. This includes developing a policy paper and action plan for public consultation. This will help to inform a future Health Minister but key decisions cannot be made until an Executive is re-established.

Introducing and scaling up more person-centred care services will be a huge challenge in the context of an uncertain political environment and a health and care system under strain, but as the examples in this briefing show, it is possible to provide better care even in a difficult climate. Community-based care and support models such as those outlined in this briefing provide a welcome alternative for older people and their families, and represent a first step towards introducing greater innovation to a system currently struggling to cope with increasing demand.