Safeguarding for churches and faith groups

Churches and faith-based groups play a vital role in the lives of many children, young people and adults. People who contribute to the life of faith-based communities and places of worship have a role to play in keeping people safe. They also play a vital role in responding effectively and compassionately when someone comes forward to share concerns or disclose abuse.

SCIE is working with a number of faith groups to enable them to improve their safeguarding practice. This is a summary of the SCIE Inter faith breakfast that brought together senior UK faith leaders to talk about safeguarding adults and children.

We have seen from recent high-profile inquiries the immense and long-lasting damage caused when abuse is perpetrated by someone in a faith-related role. We have also seen how ineffective, unprofessional or defensive responses are experienced by victims as re-abusive, sometimes worse than the original abuse itself.

The SCIE breakfast brought together senior faith leaders from across the country to identify what is helping and what is hindering safeguarding work, lessons learnt on individual journeys of improvement, and what more is needed to be done to remove the barriers to delivering the highest quality safeguarding to keep all children and adults safe.

Safeguarding is everyone’s business. For faith-based organisations and communities, getting this right can be challenging but it must be at the heart of everything they do. Recognising the risks and understanding that abusers can hide in plain sight is more than a tick-box exercise, it’s about culture and behaviour.

The SCIE Inter‑faith breakfast was the first of a series of reflective learning events to create a platform for dialogue and share best practice in safeguarding. There were representatives from the Methodist Church, the Church in Wales, the United Reformed Church, the Catholic Safeguarding Advisory Service, Soka Gakkai International UK – Buddhism in Action for Peace, the Church of England, Quakers in Britain, Baptists Together, and the Jewish community (Reshet).

Participants on the day agreed:

Graham Tilby, National Safeguarding Adviser for the Church of England, opened the morning by giving an overview of the Church’s journey which began with first recognising that there is a problem and shared his view that safeguarding must be infused with theology to be effective. He then described how SCIE had helped the Church of England through its independent audits of dioceses and its research on the experiences of survivors of abuse of Church responses.

Shelley Marsh, Director of Reshet, a network of Jewish youth organisations, said that safeguarding is everyone’s responsibility and local forums for learning should be created to enable members across the community to come together to share their learning and concerns.

An evident theme across all the speakers and in consequent table discussions was that safeguarding is an issue that affects all faith groups. There was agreement and an acknowledgment regarding the level of resources and support internally and externally needed to successfully meet safeguarding statutory requirements, both with new legislative requirements and evolving risks, for example technology. 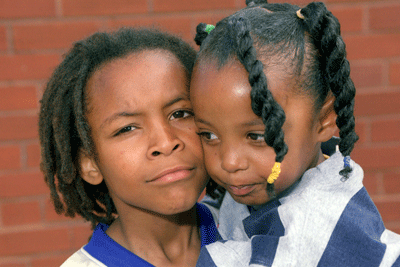 It's important to remember that safeguarding applies to both adults and children, and that while the focus in the media has largely been on sexual abuse, there are many different types of abuse which faith communities have a huge potential to identify and prevent. These include:

Children’s safeguarding is shaped by the Children Act 1989, but the key statutory guidance for faith groups is ‘Working together to safeguard children’, which states:

Every VCSE (voluntary, community and social enterprise), faith-based organisation and private sector organisation or agency should have policies in place to safeguard and protect children from harm. These should be followed and systems should be in place to ensure compliance in this. 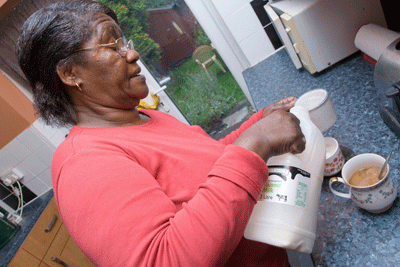 The Care Act 2014 provides the legal basis for adult safeguarding. Under it, adults with care and support needs at risk of or experiencing abuse and unable to prevent it themselves must be supported.

But faith groups tend to draw a much wider definition of what constitutes a vulnerable adult. For instance, the Church of England uses this definition in its disciplinary code:

‘Vulnerable adult’ means a person aged 18 or over whose ability to protect himself or herself from violence, abuse, neglect or exploitation is significantly impaired through physical or mental disability or illness, old age, emotional fragility or distress, or otherwise; and for that purpose, the reference to being impaired is to being temporarily or indefinitely impaired.

The breadth of people that faith groups serve, and who they may see as in need of safeguarding support, presents an enormous opportunity to help vulnerable people, but is also a challenge in terms of managing workloads and defining the role of safeguarding professionals. 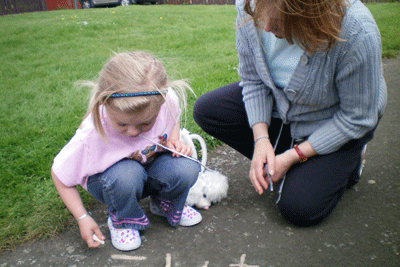 When discussing challenges and barriers to safeguarding in faith-based communities, common themes included:

While the participants at the breakfast were open about the challenges faced, a number of examples of good practice where highlighted.

Promoting an understanding of safeguarding as a positive and integral part of the particular faith’s beliefs is at the heart of good faith-based safeguarding.

Faith groups share a desire to protect children, and to be a place of welcome for everyone who shares their beliefs, including children and adults with particular vulnerabilities.

Recognising that safeguarding is therefore at the heart of theology, rather than a secular, tick-box add-on is important in the effort to win hearts and minds and change culture. 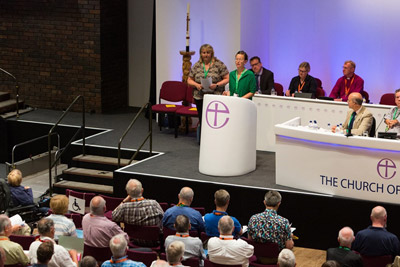 Jo Kind (from survivor support group MACSAS) and Dr Sheila Fish (pictured), SCIE, speaking to the Church of England General Synod. Jo was the first survivor to be invited to address Synod directly. Sheila shared key themes from a survey of the views of survivors of abuse.

Senior leaders in a faith can take the time to publically back, thank and reward the volunteers who help keep safeguarding going in congregations. This can go a long way to maintaining people’s enthusiasm and commitment.

Faith groups need to get the safeguarding message out to a wide variety of people, in diverse roles, and with different levels of safeguarding awareness. Tailored training for people in different roles that fits in with their busy lives is vital to making sure that the message is received.

Managing DBS checks for the many people who make faith groups tick can be arduous if not done electronically, and can lead to a sense that safeguarding is a purely bureaucratic concept. Signing up to electronic DBS systems can remove a headache for hard-pressed volunteers at ground level.

Knowing what is happening in safeguarding can be a challenge, so systems that allow for audits, surveys, visits and other tools to keep an eye on what’s going on are really helpful. Even more useful is then learning from what has been discovered, so there is an ongoing cycle of improving practice.

We have discussed how a faith group can instinctively find it hard to accept that abuse may occur in its midst. Employing expert safeguarding professionals, or using them in a scrutiny role – e.g. on a local safeguarding panel – can help shed a knowledgeable and independent eye over what is taking place.

Linked to this, external scrutiny – such as benchmarking, auditing and reviewing, can be an important tool in safeguarding improvement.

Participants spoke about the sense of isolation you can feel when faced with a safeguarding issue. There was a strong sense of wanting to learn from each other at the breakfast and an informal commitment was made to fostering dialogue with each other and sharing both best practice and learning from mistakes. Faith leaders should explore opportunities to build learning networks and practice sharing opportunities between people of different faiths with safeguarding roles.

In many areas of safeguarding practice, there is now an abundance of good practice and guidance, but most participants at the seminar felt this was lacking for faith communities. There was a desire for there to be a directory of good practice, templates and signposts to expert advice.

Members of the breakfast seminar spoke passionately about not only wanting to protect the members of the communities and meet the requirements of current legislation, but to lead by example, as one representative said: ‘Safeguarding should be a light that shines in every part of the community’.

Church has the unique potential to respond well to those who have been harmed by abuse and those who pose a risk to others, as it seeks to welcome all.’

Faith-based communities and places of worship have a huge part to play in keeping people of all ages protected and safe. There is a huge amount going on in all the faith-based organisations we are working with to strengthen leadership, systems, skills and practice to create safer communities of faith.

A key message from SCIE’s breakfast event is that faith communities need to look outwards, and seek support, and opportunities to learn from others. They also need to focus on: 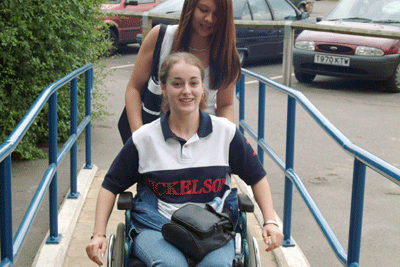 ‘SCIE’s safeguarding training was extremely well run and sensitive to our specific needs.’

Why work with SCIE:

SCIE works with faith-based organisations to support them through tailored programmes of learning and development and audit and review. We can work with your organisation to embed good safeguarding through:

Safeguarding for Trustees of User-led Organisations

Safeguarding for churches and faith groups. Support and training