What the dancing carrots tell us about isolation and loneliness 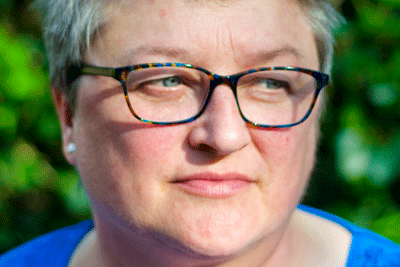 Seasonal adverts seemed to take on a life of their own last month and whilst I liked Kevin and Katie, the Christmas carrots, dancing around Christmas table, I wonder how many children refused to eat carrots afterwards? The most impactful advert though, for me, was the Age UK film of an elderly gentleman going to the supermarket throughout the year, each time returning to his home and sitting in a solitary chair, watching the TV. The last scene shows him turning up at the store, having trudged through the snow with his shopping trolley, only to find it shut because it’s Christmas Day. He hadn’t noticed. Back at home, his neighbours are welcoming visitors but still, no-one speaks to him.

The figures are stark. Half of over 75 year olds eat their meals alone. And 1.2 million older people will have spent Christmas alone. That’s why SCIE’s ‘highlights’ report on isolation is important. It’s a snapshot of the evidence on isolation and loneliness and, as SCIE’s Pamela Holmes, says: ‘Isolation isn’t just for Christmas.’

Parcels ordered to generate a chat

Professor Keith Brown at Bournemouth University is an expert in financial scamming, next of kin and safeguarding. Whilst scamming is a growing problem, predominantly aimed at vulnerable people and those with impaired cognition, Keith has identified an increasing number of people who have capacity ordering goods they don’t need - just because they’re lonely. He tells of a woman who lives alone and sends for numerous catalogues, on a daily basis, as the Post Office will process them through the parcel service because of the volume. She doesn’t buy anything from them but she gets to have a conversation with another person.

Anyone who watched the Channel 4 programme about the four-year-olds going to visit a care home in Bristol will have been both inspired and saddened. Despite the residents living on one site, many of them were isolated. Hamish stole the show. A bachelor with no immediate family, a retired accountant, he couldn’t see the point. Fast forward to the children returning at Christmas to put a concert on with them and we see Hamish celebrating his 89th birthday. The quote of the show – “Solomon pimped my ride” – as he rode his scooter about the site which Solomon (5) and two of his friends had decorated with balloons and tinsel. Joyous!

Tackling isolation is good for health and wellbeing and your soul.