Practice example: The Masks We Wear

Five Rivers Child Care Ltd has co-produced a multimedia artwork with children in foster care as part of its participation programme. The theme: ‘Silence can be deadly if it never gets broken’.

The idea itself was co-produced by the young people at a meeting of the Five Rivers Youth Council, a democratic group that meets regularly to discuss issues and suggest solutions for their own care. Young people attending the 2017 Five Rivers Youth Council expressed concern about teachers’ and other professionals’ lack of understanding of the lives and experiences of children in care.

They wanted to express how hurt they are that their behaviour is misunderstood as they undergo their journey through care which although difficult, can be positive and transformative:

There are over a hundred thousand children living in care in the UK and Ireland we think we might be some of bravest most resilient children in the country.

Letter to the Children's Commissioner from the Five Rivers Youth Council, May 2017 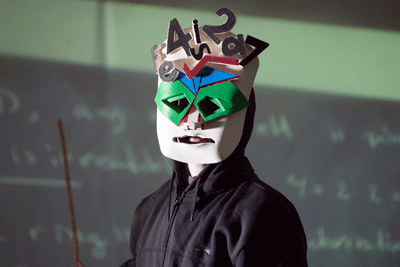 Our young people were keen to create an artwork that would enable them to collectively speak out and be heard – the decision was to combine theatre, music and poetry and make a film of the outcome.

What role did co-production play?

Co-production was at the very heart of the project. The young people worked alongside creative professionals in a spirit of openness and equality to devise and create a project that shines a light on the importance of speaking up and disclosure of abuse. ‘The Masks We Wear’ is a blend of the young people’s stories that they kept silent about in the past. The characters represent real people and situations they have encountered in their families, in care, in school and as potential employees.

Five Rivers is an accredited member of Investing in Children, a movement that encourages children to get involved in dialogue to change their own care. As a social enterprise, Five Rivers upholds social values – investing in projects that improve the experiences of children in care both in Five Rivers and in the wider society. This drives a strong commitment to ambitious projects suggested by young people. Grant-giving charity, the Reed Family Foundation made a generous donation to support the venture.

What difficulties were encountered?

Strengths of the co-production approach 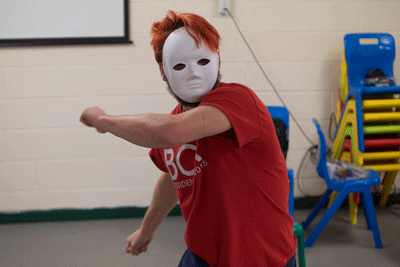 ‘The Masks We Wear’ is a unique piece of work which could not have been made without the children’s own personal stories combined with the professionals’ skill in bringing them alive. The children’s decision to perform the roles themselves achieves a poignancy that could not be replicated by actors.

The work had a therapeutic impact as well as an artistic output. While sharing their stories the participants looked closely into the lives of the people who had hurt them and noticed that they were once victims as well. They considered how the cycle of abuse can happen. Using this knowledge they developed the theme, ‘Silence can be deadly if it never gets broken’. By revealing their untold stories they developed resilience, bringing them through and out of difficulty in the face of adversity.

The Masks We Wear poem