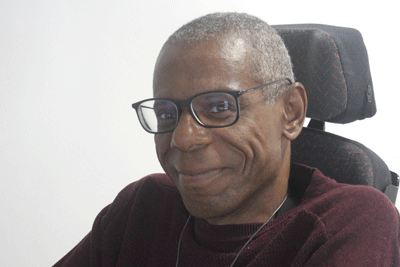 Unconscious bias is a form of prejudice. This is when someone favours one person or a group over another individual or group in a way which is usually unfair. For example, favouring men over a better qualified woman for a job as a scientist or a white person over a better qualified black person for the job of headmistress. While it is often thought that these decisions are made consciously and deliberately, many of them are actually made by people who would not consider themselves to be prejudiced at all and were unaware they had made such a decision. This is what is called ‘unconscious bias’, and it is reason why all of us, at times, find ourselves making decisions that can only be described as prejudiced. This has big implications for social care. If you, like me, are an individual employer who regularly employ personal assistants to work with them, it is vital to understand unconscious bias and how to avoid it. Why is this? More importantly, what should we do to guard against this?

Unconscious bias recognises that we all hold certain social stereotypes about groups and people. This is normal. It stems from our tendency to organise our social world by categorising it into 'safe' and 'unsafe'. How else would we know when to run away when confronted with an ‘unsafe’ situation? Unfortunately, this categorisation system, which we learn from childhood from our parents and friends, can go wrong and will lead us into making the wrong assumptions about certain groups of people in different situations. This system is flawed and in certain scenarios it can activate our unconscious attitudes and beliefs in a way that has a profound negative impact, a bias.

We can see this when schoolchildren refer to everything negative as being 'gay'. Or when, otherwise, perfectly respectable young men are found brawling in the streets with rival football supporters. However, if you were to think that this was not you and you would never behave like that, you are very mistaken. Your unconscious bias will lead you to make similar prejudicial decisions everyday without realising it and those decisions will affect other people quite significantly. This is why it is important for individual employers who regularly recruit personal assistants to be aware that you, like me, do harbour unconscious biases. Acknowledging this fact is the first step to ensuring that they do not influence how we recruit fairly and equally.

Now you can see why I said unconscious bias has huge implications for social care. Do care agencies and care homes filter out their bias when they recruit their staff? When an individual employer recruits a new personal assistant do they ensure that their biases do not cloud their judgement? Also, is unconscious bias the reason why local authority commissioners struggle so much with co-production, that they cannot see passed service users as passive recipients of ‘care’ rather than actors in their own right? In all these situations unconscious bias means poorer services and, worse, discrimination.

How do you avoid unconscious bias influencing your decisions? It is simple really. Think of your own biases. Is it really true that all women are…? Or all men are…? Or all black people are…? You will quickly see that these unfounded assumptions are based upon prejudice and nothing more and if you act upon them in recruitment you are discriminating against someone. After all, you do want the best person for the job don’t you, and not someone who just looks ‘right’? Furthermore, now that you are aware of this, any such prejudice would be conscious bias and, regardless if it is conscious or unconscious, it is illegal.