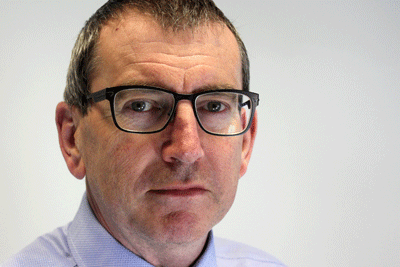 Unlike the sort of Christmas message that we might expect from The Queen, I want to take the time here in blog form to talk about something that, actually, shouldn’t just be for talking about at Christmas time – co-production. Co-production sees the full involvement of people who use care and support, at every stage of service design, delivery and review.

In the summer, amid blisteringly hot weather and football almost coming home, we held our third annual Co-production Festival. We heard stand-up comedy from Britain’s Got Talent Winner Lost Voice Guy, Music from singer Emily Maguire and even vocals from myself, in front of the crowd. Far from just fulfilling my ambitions as a rock star – destined to remain unfulfilled – the festival celebrated the benefits of co-production, shared good practice and highlighted the contribution of people who use services and carers to developing better public services.

Working and learning together

This year also marked the consolidation of a partnership between SCIE and Oxfordshire County Council, built on implementing and embedding innovative ways to get people who use services and carers at the heart of designing services. Their Co-production Board, made up of people who use services, carers and council staff, is learning and working together to make change happen.

Our co-production work has even extended beyond the adults’ sector of care. As part of the development of the What Works Centre for Children’s Social Care, SCIE helped to set up a panel of young people aged 13-24. They provided input on key decisions, including the initial research priorities and how young people should be involved, using creative methods such as art, photography and Dragons Den-style presentations, in which I got to play the role of a dragon!

Projects in the pipeline

Towards the end of the year, I met with our Co-production, Equalities and Human Rights Steering Group whose members are all experts in social care by experience. They spoke to our SCIE Chair, Paul Burstow and myself about how people who use services can get involved in shaping them further. I want to thank them for their time and advice, as it has been invaluable in getting more SCIE co-production projects in the pipeline.

We want to start 2019 as we mean to go on, with just as much commitment to co-production as we have shown throughout 2018. At the very start of the New Year, following our Christmas break, all new staff at SCIE will be attending an introduction to co-production course delivered by our team to ensure the values of involvement and inclusivity are shared by all. Co-production is for everyone to embrace and reflect on all year round – not just for Christmas.