Promising practice in housing with care and support

This case study exemplify one or more of the Principles of Excellence that was identified during the research and engagement work of the Commission on the Role of housing in the future of care and support.

The Aconchego Program is an intergenerational project based in Porto, which has one of the largest ageing populations in Portugal. According to data from INE 2020 (National Statistics Institute), Portugal has 2.2 million people over 65 years from a total population of around 10.3 million. With such a high number, it is common for older people to live alone, often in homes that have extra space. At the same time Porto is also a very young city. Its university and higher education institutions attract about 70,000 students each year – a significant proportion of which come from the other cities or abroad. These students are inevitably in need of temporary accommodation to be able to attend university and this can be very expensive. 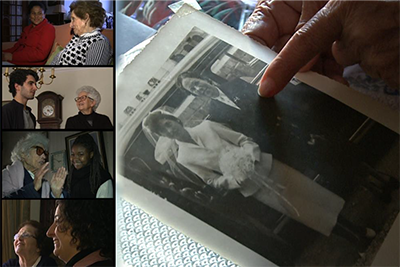 A complementary solution was developed, consisting of a housing system in which older people who have appropriate and extra housing, host students who need accommodation. It was first implemented in 2004 by Porto City Council in partnership with the Academic Federation of Porto. The project had two aims: combat loneliness and isolation of seniors and facilitate accommodation for university students new to Porto. It involves older people over 60 years who live on their own and have a spare room sharing their home with a student aged between 18 and 35 years who is not a resident of Porto.

The official motto for the project is:

Whoever studies has a home; whoever has a home has company.

The project aims to create an experience that goes beyond simply sharing a home.

We think it is an excellent way to develop citizenship, awaken to values and ensure that the city, despite its large size and attractiveness, continues to be a city with a face, because it cares about the residents. 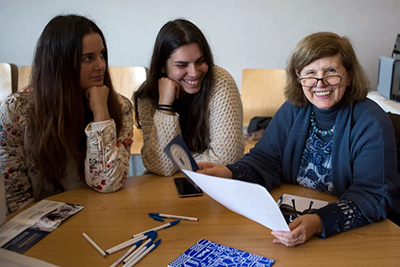 The project has taken a careful, considered and innovative approach to developing a mutually beneficial multigenerational environment. The project teams interview the student candidates in a great deal of detail to assess their suitability and motivations before admitting them to the project. The same process is followed for older people, and visits are also made to their houses to ensure that there are adequate housing provisions for the students. This is then followed by a lengthy matching process. Key elements such as the expectations, interests and past history of both parties are assessed. Location and house size are also considered in the matching process. Both students and older people are encouraged to describe a profile of the type of person they would like to live with. Students are not expected to perform a ‘caregiver’ role but provide company and help with daily tasks and errands such as shopping, preparing meals and help with using technology. They pay only a fee of 25 Euros to cover any increased expenses the homeowner may bear. 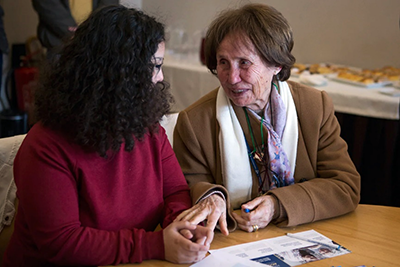 In discussing the design and delivery of the programme, the team reported that in fact the key challenge lies in making the right match – choosing an appropriate older person to match with an appropriate student. Hence, monitoring is an important part of the project and a technical and experienced team regularly conduct home visits to evaluate the development of the relationship. The programme follows the academic calendar and can be renewed after a year.

Both parties have benefited greatly from this project. Older people who share their homes form close relationships with younger people and enjoy companionship during their day-to-day lives. The students are able to receive suitable accommodation and integrate better into the city by living with someone who is familiar with it. Feedback to date has been very positive. Older people report great satisfaction with the intergenerational relationships they develop that allows them to have company, particularly at night, and that helps them age better by being more active and healthy. The students report that, besides the benefit of the cost reductions, they gain a positive and home-like environment that improves their performance at the university.

Connecting people and helping them achieve their dreams 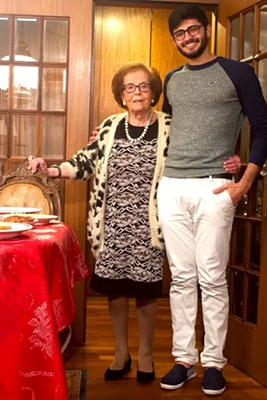 The project has had benefits for both older people and the students that live with them. Many of the older people were very lonely and isolated before they got involved with this project. At the same time the students had no way to further their education as they could not afford accommodation in Porto. Importantly, meaningful relationships between the generations have developed due to the Aconchego project.

One such example is that of Carlos Gadelha from Brazil, who is 26 and Mrs Albertina Monteiro who is 90 years old. Carlos began a Master’s degree in Pharmaceutical Sciences in September 2020 and, since then has lived in Mrs Monteiro’s home. He has been full of praise for Mrs Albertina and the positive and nurturing environment he has enjoyed in her home. Mrs Monteiro has been in the Aconchego Program since the beginning in 2004, and has hosted several students since then, many of whom she speaks fondly of and remains in contact with. She spoke very positively about Carlos too.

It has been an enriching environment, she is a lady very tuned in to what happens in the world and around her, she has adapted very well to the current world, and this creates a bridge between us. We create our routines, like the day of the movie and our coffee time etc.

He is a very competent and polite boy, a sensational company, always considerate of me. He's been a great friend. We both made a good choice. I treat everyone in my house as if they were my grandchildren. 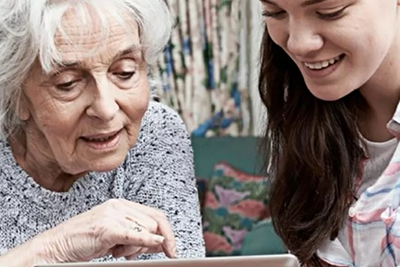 Other students have also spoken very highly of the project. Edson, who is from Mozambique, is studying Mechanical Engineering while living in Porto with an older companion. He described it as an enriching experience and commented that he had better integrated into the community as a result of guidance from his companions. Emilia, also from Mozambique is studying for a Doctorate in Medicine and appreciates that this project has given her the opportunity to fulfil a dream she could never have imagined. 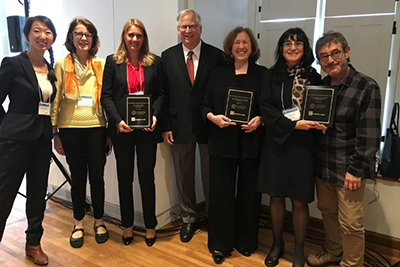 The Aconchego project has won multiple awards. In 2018, it won the international Innovation@Home award. The prize was part of a competition funded by the Robert Wood Johnson Foundation and sponsored by the WHO Global Network of Age-Friendly Cities and Communities and Grantmakers in Aging. Other awards include the ‘This is European Social Innovation’ prize awarded by the European Commission in 2010 and in 2015 it was recognised as a High Potential Social Entrepreneurship Project, a distinction obtained under the MIES Project - Social Entrepreneurship Innovation Map in Portugal.

The Commission recognises the improved outcomes and reduction in isolation that have resulted from the innovative approach of the Aconchego Program. The project is innovative not only because it tackles two social issues while increasing housing options for both younger and older people, but also because of its dedicated approach to recruitment, matching and monitoring. This has been key to its success and as a result the project has been replicated in many cities, including Coimbra and Mirandela. The project has also reported developing an implementation guide to help other cities put similar projects in place.

The low costs and improved outcomes associated with the Aconchego Program have ensured its sustainability. Although now in place for more than 15 years, it remains an innovative project and both national and international interest and appreciation has continued to grow.

View more about the Commission and its findings 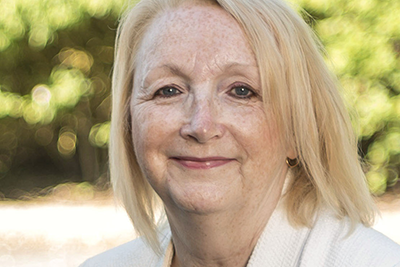 A place we can call home resources